A plan to combat air pollution in New Delhi was announced by authorities Friday, as the Indian capital looks to lighten the toxic smog blanket that chokes the city, especially in winter. 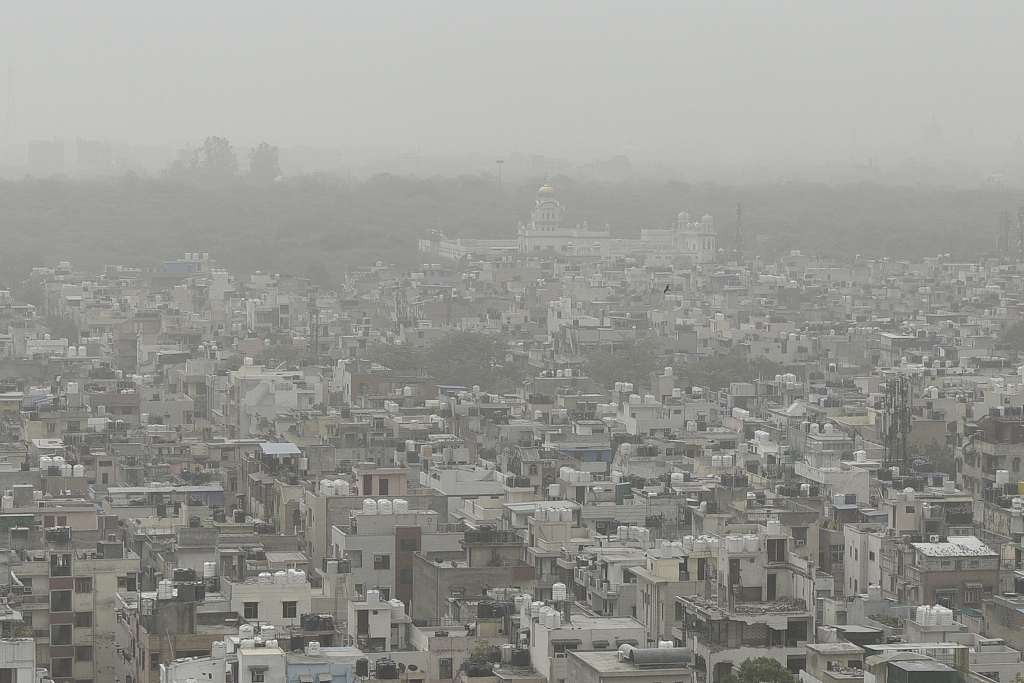 Dust and haze cover the skies of the National Capital at Rajinder Nagar on June 11, 2019 in New Delhi, India. (Photo: VCG)

An alternating ban on cars with odd and even number plates, free pollution masks and a dedicated government "war room" to handle complaints about dirty air are among the measures to be implemented this year.

Delhi is one of the world's most polluted cities and each winter, seasonal crop stubble burning, dense cloud cover and smoke from millions of Diwali firecrackers turn its skies a putrid yellow.

So far, government-led efforts have failed to tackle the country's air quality problem, which a 2017 US study found kills one million people prematurely in India every year.

Delhi chief minister Arvind Kejriwal said Friday that the road-rationing scheme would be in place between November 4-15, meaning cars with odd and even plates would be allowed on alternate days in that period.

It is not the first time the scheme has been tried in the capital -- it was put into action twice in 2016, only for a few days each time.

However, a 2018 study by Indian government scientists found that the odd-even rule did not succeed in reducing emissions, and may even have increased them due to disruption to normal traffic patterns.

Kejriwal said face masks that filter lung-damaging pollution particles would be made available to city residents for free.

The government also intends to use water sprinklers to control dust levels, he said, adding that a separate plan was in place to fight for cleaner air in 12 "hotspots" with the highest pollution levels.

"We are also setting up a war room where complaints related to pollution would be taken care of," he said.

The chief minister, who last week announced that Delhi's pollution levels were down by 25 percent, said the government's action plan also includes delivering seeds and plants to residents.