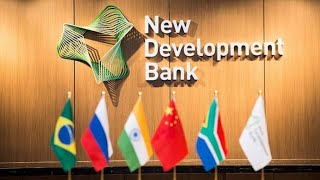 The purpose of the New Development Bank is to “mobilize resources for infrastructure and sustainable development projects in BRICS and other new economies and developing countries, complementing existing multilateral and regional financial institutions to promote global growth and development”.

With initial capital of $100 billion, the activities of the New Development Bank, headquartered in Shanghai, have contributed to the development of emerging economies and developing countries in line with UN principles.

The New Development Bank will help strengthen links and cooperation with the UN and contribute to the sustainable development goals set by the UN.

There are more than 100 UN observers. Previously, the Shanghai Cooperation Organization (SCO) and the International Bamboo and Rattan Organization, both based in China, have successively obtained observer status from the UN General Assembly