The UN said Friday that the Democratic Republic of Congo's new Ebola response coordinator is considering the use of a second vaccine, after the health minister resigned over the controversial issue. 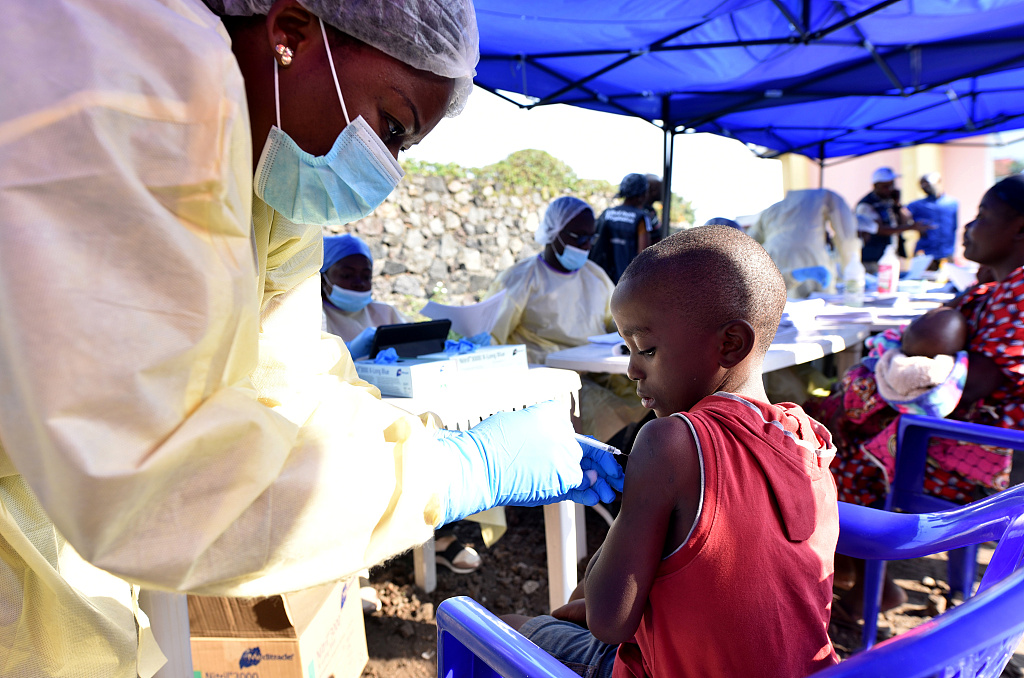 The Ebola epidemic in eastern DRC, which has been declared an international health emergency, is the first time vaccines have been deployed against the killer virus discovered in 1976.

A vaccine by drugmaker Merck is being widely used in the affected provinces of Ituri and North Kivu.

But WHO has recommended the introduction of a second product made by healthcare company Johnson&Johnson, which could be used for populations removed from the epicentre, while saving limited stocks of the Merck vaccine for the frontlines.

The DRC health minister Oly Ilunga, who was in charge of the Ebola response, resigned this week citing the "strong pressure" he faced to greenlight the new product.

Without naming any individual or agency, he said "actors who have demonstrated a clear lack of ethics," were pushing the second vaccine.

WHO's emergency chief Mike Ryan told reporters in Geneva that "no pressure was ever applied to the minister (regarding a second vaccine) by WHO," while praising Ilunga's "front-line" leadership since the outbreak began a year ago.

But, Ryan added, WHO "will continue to work with the authorities in Congo... based on the recommendations of the (Strategic Advisory Group on Immunization) committee to introduce a second vaccine."

Kinshasa's new Ebola pointman Jean-Jacques Muyambe has "committed to bringing together a scientific group at the national level to look at all potential second vaccines," Ryan said.

Muyambe was a member of the team that investigated the first known Ebola outbreak in then-Zaire.

Ryan stressed that the final decision on the use of any medical product lies with Kinshasa, but said "we need to have all of the available tools," given the complexity of the outbreak.

The epidemic has killed more than 1,700 people and containment efforts have been hindered by conflict in the region and lacking trust for Ebola fighters within affected communities.