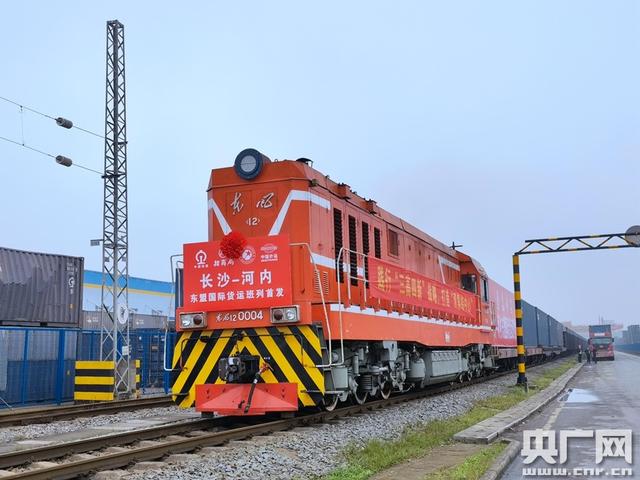 A cargo train loaded with industrial products such as silicon dioxide and hot rolled bars left Changsha, Hunan's capital, Wednesday morning. It will arrive in Hanoi, the capital of Vietnam, in about seven days via south China's Guangxi Zhuang Autonomous Region.

The route is expected to operate on a weekly basis after a three-month trial run, according to China Railway Guangzhou Group Co., Ltd. It is expected to further boost the trade between Hunan and ASEAN countries.

ASEAN was China's largest trading partner in 2020. Data from Changsha Customs show that in 2020, the total trade volume between Hunan and the 10 ASEAN countries reached 81.03 billion yuan (about 12.35 billion U.S. dollars), an increase of 30.9 percent year on year, and accounted for 16.6 percent of Hunan's total foreign trade.

The Hunan-ASEAN trade volume further soared by 86.3 percent year on year to 10.15 billion yuan in the first two months of this year, the data showed.