WORLD New global COVID-19 infections decline for third week in a row: WHO

New global COVID-19 infections decline for third week in a row: WHO 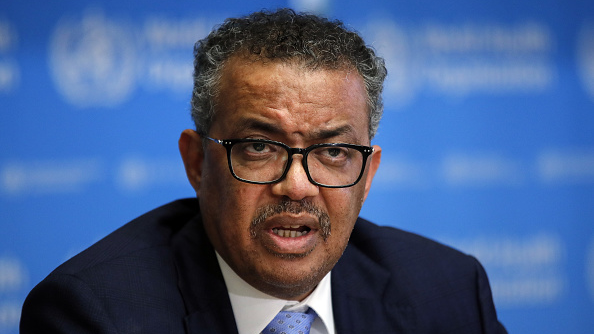 Tedros made the announcement in a COVID-19 media briefing on Monday, but he warned against complacency in the fight to stop the virus.

"There are still many countries with increasing numbers of cases, but at the global level, this is encouraging news," he said.

"However, we have been here before. Over the past year, there have been moments in almost all countries when COVID-19 cases declined, and governments opened up too quickly and individuals let down their guard, only for the virus to come roaring back."

Tedros' remarks came as the number of COVID-19 cases globally topped the 103 million mark with a death toll exceeding 2.23 million.

The WHO chief noted that countries had started rolling out mass vaccinations against the disease, but called for continued adherence to the laid down protocols aimed at curbing further spread of the virus.

"Controlling the spread of the COVID-19 virus saves lives now, and saves lives later by reducing the chances of more variants emerging. And it helps to ensure vaccines remain effective," he said.