New island continues to form in Tonga due to volcanic eruption

SUVA, Sept. 28 (Xinhua) -- A new island is forming in Tonga's western volcanic chain due to the Home Reef effusive lava flow eruption over the past days since Sept. 10 this year. 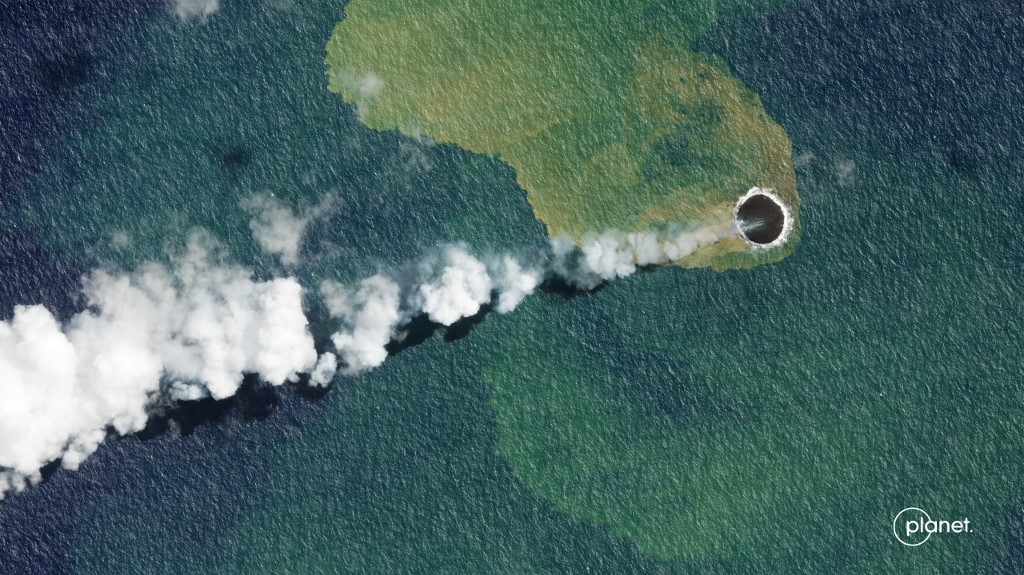 According to the Matangi Tonga Online news website on Wednesday, as of Sept. 19, the island measured 211 meters north-south and 218 meters east-west with an approximate total surface area of 8.6 acres and an estimated height of 15 meters above sea level. There are no hazard alerts for residents in Vava'u and Ha'apai.

Tonga's Geological Services (TGS) reported that the aviation alert level was lowered from orange to yellow on Sept. 27.

The TGS update on the Home Reef volcano said that the volcanic activities in the previous 24 hours were progressive with 21 volcanic events, one of which was ash eruption compared to 15 volcanic events in the prior 24 hours.

In January this year, the Hunga Tonga-Hunga Ha'apai volcano near Nuku'alofa, capital of Tonga, erupted violently and triggered a tsunami.