New Italy coalition in the balance as M5S members vote 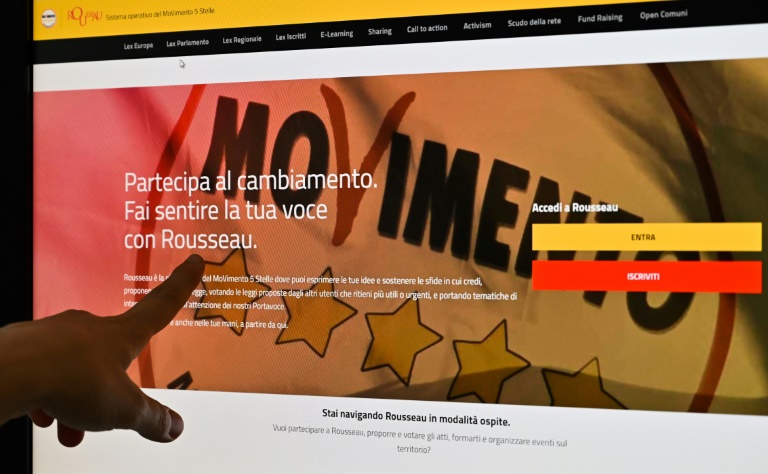 Members of Italy's Five Star Movement get to vote on whether it should enter the new coalition on the party's online platform. (Photo: AFP)

Members of Italy's Five Star Movement take part in a crunch vote Tuesday on forming a government with the centre-left which, if rejected, would send the country hurtling towards elections.

Around 100,000 M5S members can vote on the movement's Rousseau online platform, an exercise in the anti-establishment party's much-vaunted "digital democracy", with about half that number expected to make the effort.

Members can log in and vote until 1600 GMT, with Italian media predicting most would back a M5S-Democratic Party (PD) government led by Prime Minister Giuseppe Conte.

M5S leaders on Tuesday launched an appeal for members to support the coalition which is being thrashed out after far-right leader Matteo Salvini pulled the plug on the previous government.

"This is a delicate moment for the country," M5S said of what Italian media have dubbed "Rousseau roulette".

"For us, a mandate from citizens is a serious matter, it lasts five years, as laid out in the constitution, so that a government programme can be carried out," read the M5S blog.

The M5S joined an ill-fated coalition with Salvini's League 18 months ago, but anti-migrant Salvini hoped for fresh elections that would make him premier when he tried to bring down the government last month.

Instead, M5S is forming a new administration with its former foes from the PD. Conte is due to present the new government programme to President Sergio Mattarella possibly by Wednesday.

M5S leader Luigi Di Maio said on Monday that approving the coalition was an absolute priority.

A negative vote would spell the end of talks with the PD and prompt the snap elections sought by Salvini.

Di Maio has been criticised in recent days for procrastinating on the deal, including by M5S co-founder and comic Beppe Grillo.

But on Monday he agreed that he would no longer be deputy prime minister in the new government, provided no PD politician held the position either.

M5S foes have been quick to criticise the Rousseau system, which has previously been slammed as secretive and vulnerable to cyber attacks.

"The fate of the new government, before being approved as provided in the constitution by the two houses of parliament, first depends on a consultation of members of a computer platform managed by a private company with no checks," said Mariastella Gelmini of tycoon Silvio Berlusconi's Forza Italia.

"This is an insult to Italians' institutions, constitution and intelligence," she said.

The platform is managed by Davide Casaleggio, whose father Gianroberto founded the Movement along with Grillo.

Critics say the Casaleggio family has been pulling political strings from behind the scenes from the start.

Former consitutional court judge Sabino Cassese wrote in the Corriere della Sera daily that is was paradoxical for perhaps 60,000 people out of a potential 100,000 to be given the potential power of contradicting the 11 million Italians who voted for M5S in March 2018.

"When will the M5S's political leader stop playing with democracy?" Cassese wrote.

"We are working seriously and with patience to achieve a government that will allow the real change that Italy needs," said PD leader Nicola Zingaretti, adding that he was "confident and optimistic".