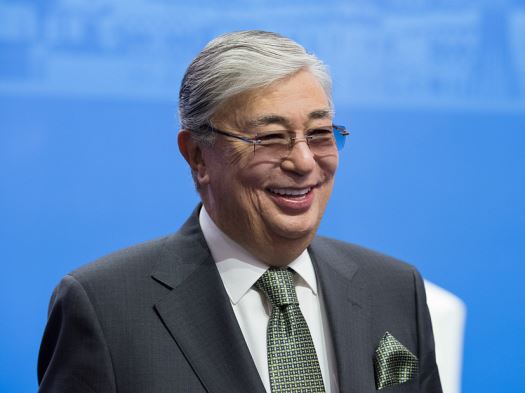 "I will do everything possible in order to strengthen the achieved potential of friendship between our peoples," Tokayev said before the talks with his Russian counterpart Vladimir Putin.

Tokayev, succeeding his predecessor Nursultan Nazarbayev, was sworn in as Kazakhstan's president last month. He made his first official foreign visit to Russia, Kazakhstan's close ally.

He said relations between the two countries are constantly developing along an ascending line and fully complied with the national interests of their peoples.

Russia and Kazakhstan are not only partners, but close allies, Putin said, greeting Tokayev.

"Our relations, both through international organizations and in bilateral terms, are developing very efficiently. We are achieving serious and noticeable results that affect the standard of living of our peoples," he said.

Putin said he is confident that the visit of Tokayev would serve to strengthen multifaceted relations between the two countries.

Kazakhstan and Russia are founders of the Eurasian Economic Union, and also members of the Shanghai Cooperation Organization and the Collective Security Treaty Organization.

Russia uses the Baikonur Cosmodrome in Kazakhstan to launch its spacecraft.