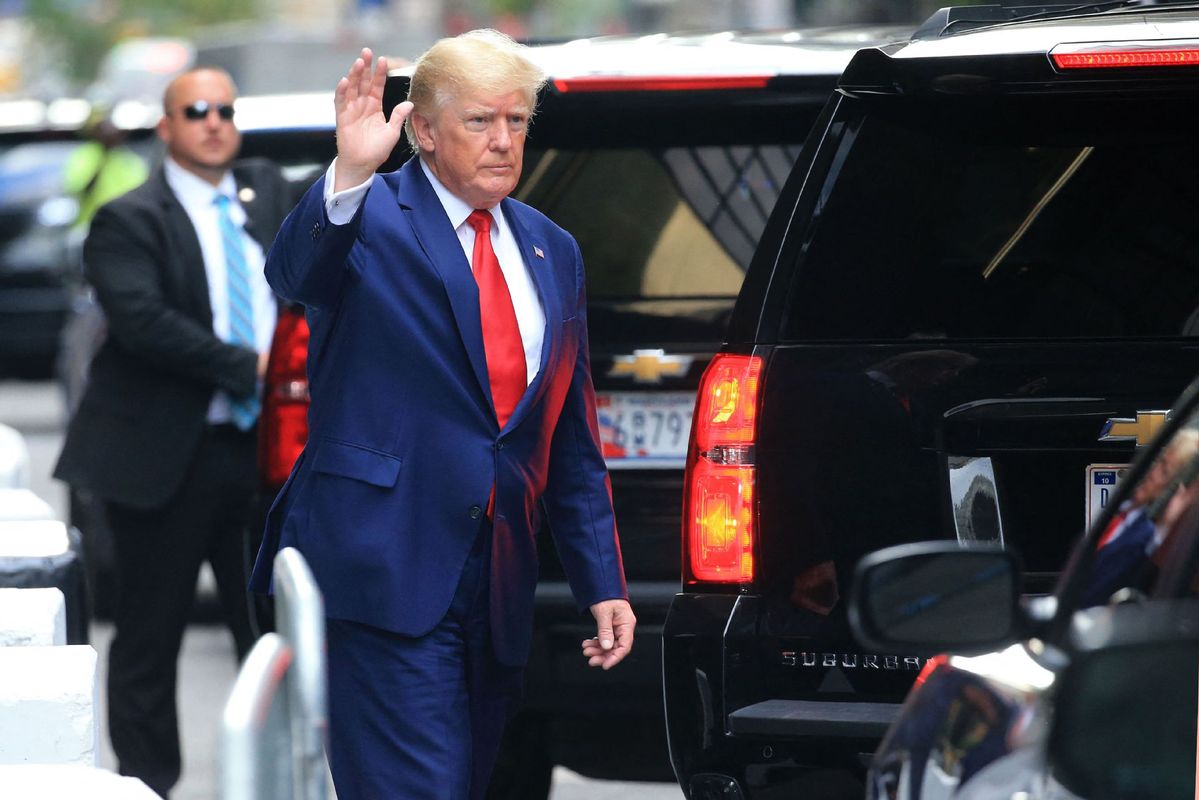 Former US President Donald Trump waves while walking to a vehicle in New York City on Aug 10, 2022. (Photo: Agencies)

At least one lawyer for the former US president Donald Trump reportedly signed a written statement in June asserting that all material marked as classified and held in boxes in a storage area at Trump's Mar-a-Lago residence had been given back.

The New York Times reported late on Saturday that four people with knowledge of the document said the written declaration was made after a visit to Mar-a-Lago, Florida, on June 3 by the top counterintelligence official in the Justice Department's national security division.

The existence of the signed declaration, which had not previously been reported, is a possible indication that Trump or his team were not fully forthcoming with federal investigators about the material, the Times said.

That could help explain why the Justice Department on Friday cited a potential violation of a criminal statute related to obstruction as one basis for seeking the warrant used to carry out the day-long search of Trump's home.

Trump said on Friday that he had declassified all the material in his possession while he was still in office but provided no documentation that he had done so.

The FBI search in Trump's Florida residence on Aug 8 for classified documents was based largely on information from an FBI confidential source, Newsweek reported.

The source was able to identify what classified documents Trump still held and their location, Newsweek reported on Wednesday. It said that two senior government officials said the search in Mar-a-Lago was timed to occur when Trump was away. He was in New York.

The FBI search of Trump's residence sparked outrage from Trump and other Republicans, some saying the Justice Department had been "weaponized" to get Trump; others said Attorney-General Merrick Garland should resign.

It is believed to be the first search by the federal agency of the residence of a current or former US president.

Garland said on Thursday that he had authorized the search warrant and requested the unsealing of the warrant.

On Friday the judge in Florida who had approved the search warrant approved the request, which Trump had also approved. The judge issued redacted copies of the warrant and inventory from the search.

The warrant, which includes two attachments, indicates that the Justice Department, in its search of the Trump estate, is investigating the potential violation of at least three separate criminal statutes, including a statute under the Espionage Act.

Under the receipt showing property that was seized from Trump's estate, agents note they recovered 11 sets of documents of various classifications ranging from confidential to top secret and sensitive compartmented information.

Top-ranking House Democrats have requested a "damage assessment" from US intelligence officials following retrieval of the documents.

The Justice Department has prosecuted cases involving the mishandling of classified information, but no such case has ever been brought against a former president, the only government official who can declassify information while in office.

As the midterm elections loom near and the 2024 general election approaches, a July poll by NewsNation/Decision Desk HQ found that 60 percent said US President Joe Biden should not run in 2024 and 57 percent said the same of Trump.