WORLD New lockdown in France: necessary but not welcome

New lockdown in France: necessary but not welcome

Paris (People's Daily) – Starting Friday, France goes into its second nationwide lockdown, amid a surge in COVID-19 cases that has threatened to overwhelm French hospitals. 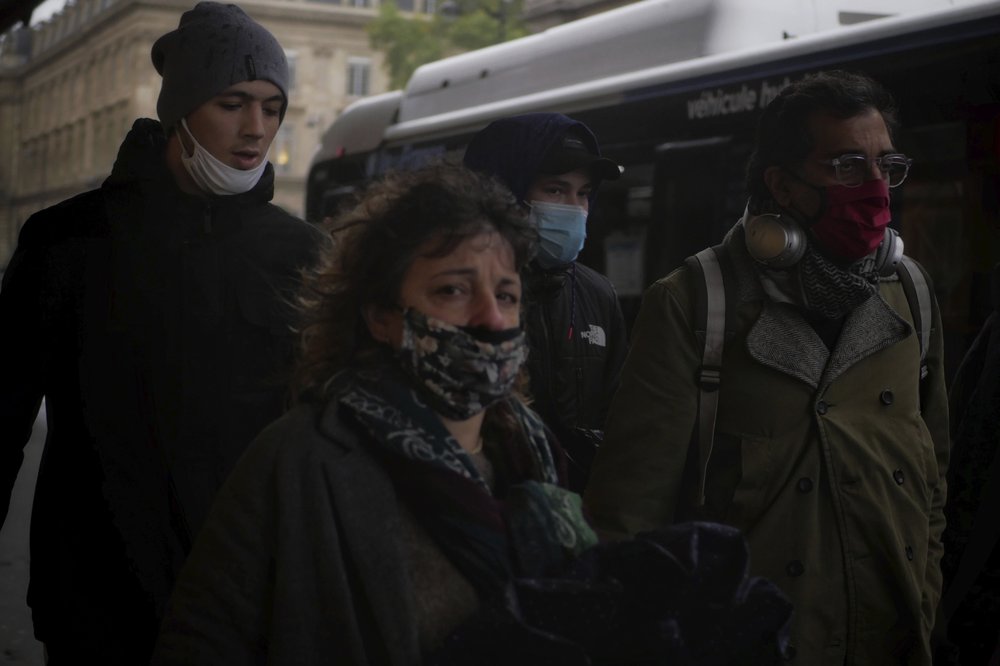 French President Emmanuel Macron announced the second lockdown on Wednesday, in a speech from the Elysee Palace after an emergency meeting, and French Prime Minister Jean Castex detailed the new restrictions Thursday during a conference.

Unlike the confinement in the spring, schools and health facilities will remain open and retirement homes will be able to continue to receive visitors, thanks to improved health protocols. But non-essential businesses will be closed again, including cinemas and theaters.

People must stay at home except for essential work or medical care until December 1. The order mandates telework, compulsory mask-wearing at school for children aged six and older, and limits outdoor exercise to one hour per day no further than one kilometer from home.

The French government sees the new lockdown as “the only way” to save and protect all citizens. “If we do not take action now ... then our hospitals will be overwhelmed, and this time around we will not be able to transfer patients to other regions because the virus is everywhere,” said Macron.

Data shows the number of daily COVID-19 deaths in France is at the highest level since April. On Thursday, authorities reported 47,637 new cases and 250 new deaths. Over 15,000 people have been hospitalized due to the virus in the past week, of which 2,278 have been placed in intensive care units. So far, 60 percent of the beds in intensive care units in France are occupied by COVID-19 patients.

“As the number of cases has risen sharply in recent days, more restrictive measures should be taken, so imposing a national lockdown is a matter of urgency,” said Jean-Paul Hamon, president of the Fédération des Médecins de France. A study published by Odoxa-Dentsu Consulting said that 51 percent of participants claim to have been persuaded by the speech delivered Wednesday by the French president.

The new lockdown is not welcome, especially by people working in restaurants, shops and other businesses. According to French Finance Minister Bruno Le Maire, the new lockdown is a “new hard blow” for companies and will cause economic activity to fall by 15 percent. Vulnerable sectors like retail, tourism and aviation, which make up nearly 10 percent of the French economy, will sink further as a result of the new lockdown.

French economists estimate that in the spring, the lockdown could cause a shortfall for the economy of around 60 billion euros ($70 billion) each month. “The first lockdown led to a 30 percent drop in activity over one month. This new and softer confinement could limit the loss to 18 percent. But it’s not nothing,” said Selin Ozyurt, economist at credit insurer Euler Hermes. “Companies are already over-indebted, and there is nothing to rule out another lockdown in December. This is a new blow to an already fragile economy.”

Bruno Le Maire said on Thursday that the support of the country will be “even stronger than during the first confinement.” He added that the measures to support French companies would cost 15 billion euros per month if the nation is in lockdown. “The economy must not stop, nor collapse,” said Macron.

During his speech, Macron said that the lockdown might start to ease once COVID-19 infections fall back to about 5,000 per day from around 40,000 per day at present. But scientists and experts seem to be in doubt. “We need more time, the lockdown may have to extend beyond December 1 to realize this goal,” warned Professor Jean-François Delfraissy, who heads the scientific council that advises the French government on the pandemic.

French newspaper Le Figaro wrote in its editorial that there was a violent economic crisis caused by the first confinement, and a dangerous social crisis will follow the second. Despite all difficulties, Macron emphasized the unity and the determination of French people.

“We must each take our place in transparency, in debate, in the determination to apply the rules we set for ourselves. I am counting on you. We will all get there together,” Macron said.

French authorities will reassess the situation in 15 days. “In reality, the actual situation no longer depends on Macron. It falls under the discipline of the French people and that of the elected officials from all sides. For French people, the new lockdown is a very difficult pill to swallow,” said an editorial of the French newspaper Le Monde.