MALE, Nov. 17 (Xinhua) -- Ibrahim Mohamed Solih was sworn in as the 7th president of the Maldives at a grand ceremony in the capital of Male on Saturday. 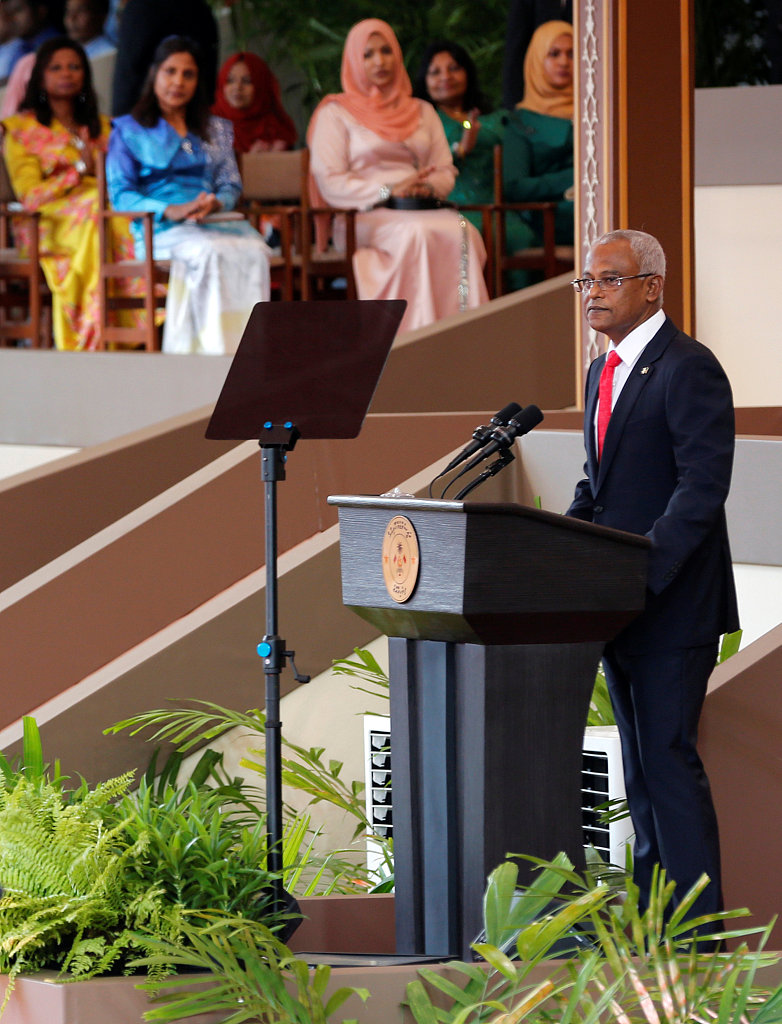 Ibrahim Mohamed Solih speaks after being sworn in as the Maldives new president during the swearing-in ceremony in Male, Maldives November 17, 2018. (Photos: VCG)

Solih's oath was administered by Chief Justice Ahmed Abdulla Didi in the presence of foreign leaders and high ranking officials at the national football stadium.

His oath was followed by a 21-gun salute given to the head of state.

Addressing the crowds, Solih vowed to strengthen his country's foreign relations with all nations and bring the Maldives back to the path of democracy.

"I want to assure the Maldivian people to uphold the oath I have just taken," Solih said. "I will not forget my pledge to protect fundamental rights and freedoms and to wipe out corruption," he added.

He further pledged to protect the rights of all Maldivians and provide cheaper basic needs, such as electricity and education, and cut import taxes.

The president vowed to implement several programs in the first 100 days in office.

The President's Office said in a statement that the new cabinet will also be sworn in at a ceremony to be held later in the day.

The new administration will consist of 19 cabinet members, along with the attorney general.

Solih, 54, was elected as the new president after he won the Sept. 23 presidential election, defeating then incumbent president Abdulla Yameen.