WASHINGTON, Nov. 20 (Xinhua) - The US-Mexico-Canada Agreement (USMCA), which is slated to be signed late this month, is likely to have no easy time in Congress due to emerging complaints from both Democrats and Republicans about the updated North American trade deal. 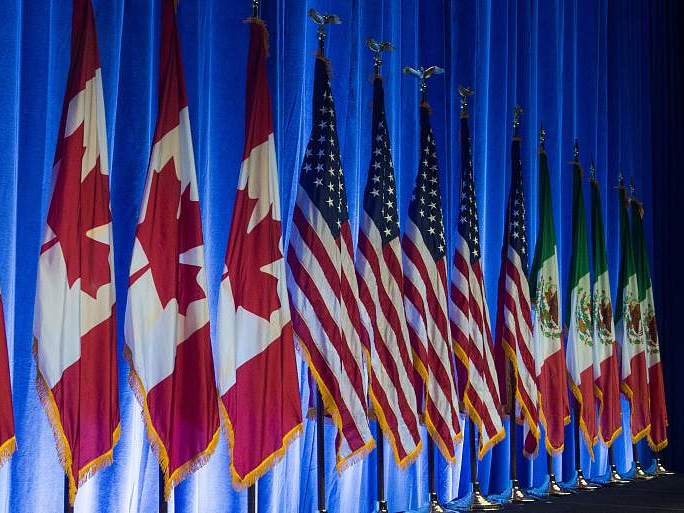 The agreement, reached more than a month ago despite unsettled differences over steel and aluminum tariffs, is expected to be signed on Nov. 30 by leaders from the three countries when they meet for G20 meetings in the Argentine capital Buenos Aires.

The new version of the existing North American Free Trade Agreement (NAFTA) has revised trade rules on cars, dairy and other goods.

Democrats, who control the House of Representatives after the just concluded midterm elections, have long demanded tougher labor rules in Mexico and stronger protection from pollution, among other things. The lawmakers have repeatedly criticized the new deal for lacking a strong enough enforcement mechanism to ensure a reasonable wage for Mexican workers.

New Jersey Representative Bill Pascrell, who is positioned to chair the House Committee on Ways and Means, said last week that there should be "not only changes in the legislation but more enforcement" for the deal to pass the House.

A number of Democrats might also try to push for the removal of tariffs on foreign steel and aluminum, which are considered to harm American manufacturers, consumers and workers, and raise costs for a wide array of industries.

The Republicans, meanwhile, are protesting new protections for LGBTQ workers, urging cancellation of the requirements that workers should be protected from discrimination over sexual orientation and gender identity. Canada requested the measures in talks.

A group of some 40 conservative House members on Friday said in a letter: "It is especially inappropriate and insulting to our sovereignty to needlessly submit to social policies which the United States Congress has so far explicitly refused to accept."

If the tripartite trade agreement goes to Congress, it is expected to face a simple yes-or-no vote under the so-called "fast-track" law, a 2015 trade legislation, with no amendments or procedural delays allowed. However, the Democrats-controlled House could challenge that by introducing a rule to remove the deal from the "fast-track" consideration.

If the deal fails to pass the divided Congress, the White House might threaten to pull out of the NAFTA completely, upsetting both Democrats and Republicans, as there is no alternative available.

Ildefonso Guajardo, Mexico's economy minister, has ruled out changes to the labor provisions in the new trade deal, saying "not even through side letters," and "The design of this agreement we already have and will be signing considered a scenario where there's a Democrat-majority Congress."

Pascrell said some of the US Democrats are still waiting to see a US International Trade Commission analysis of the impact of the new deal on the US economy and industries, which could be ready by mid-March.

"I think we're going in the right direction," he said. "I'm confident we're going to have a better document."