A newly-discovered inscription at Pompeii proves the city was destroyed by Mount Vesuvius after October 17, 79 AD and not on August 24 as previously thought, archeologists said Tuesday. 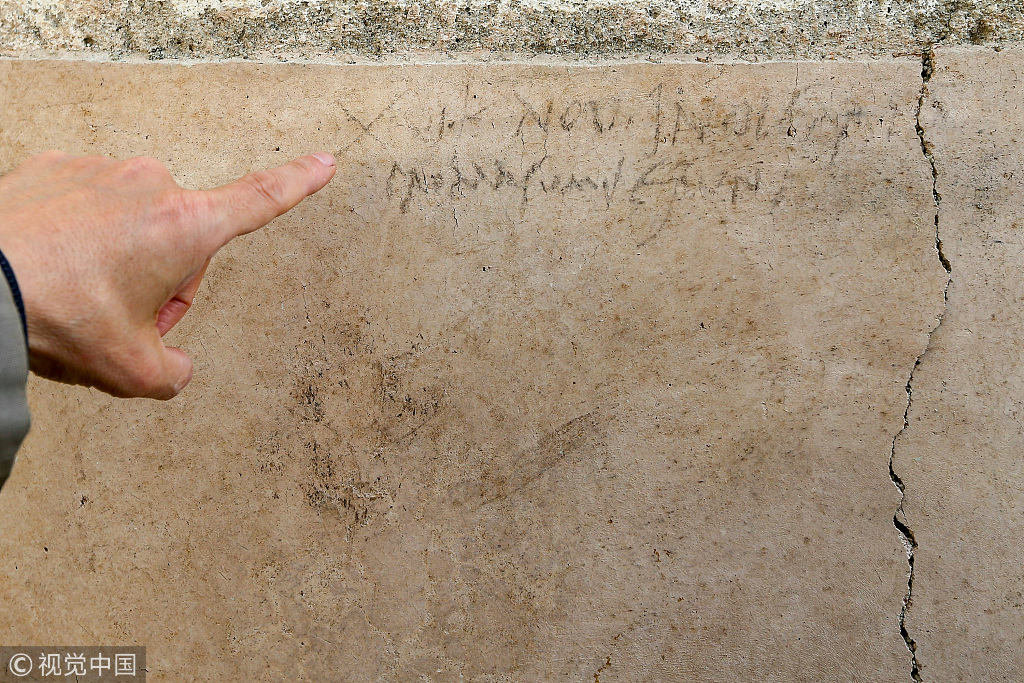 An inscription in charcoal found in the Garden House, indicating how, presumably, the eruption that destroyed the excavations of Pompeii did not take place in August but in October. (Photos: VCG)

Archeologists recently discovered that a worker had inscribed the date of "the 16th day before the calends of November", meaning October 17, on a house at Pompeii, the head of archeology at the site, Massimo Osanna, told Italian media. 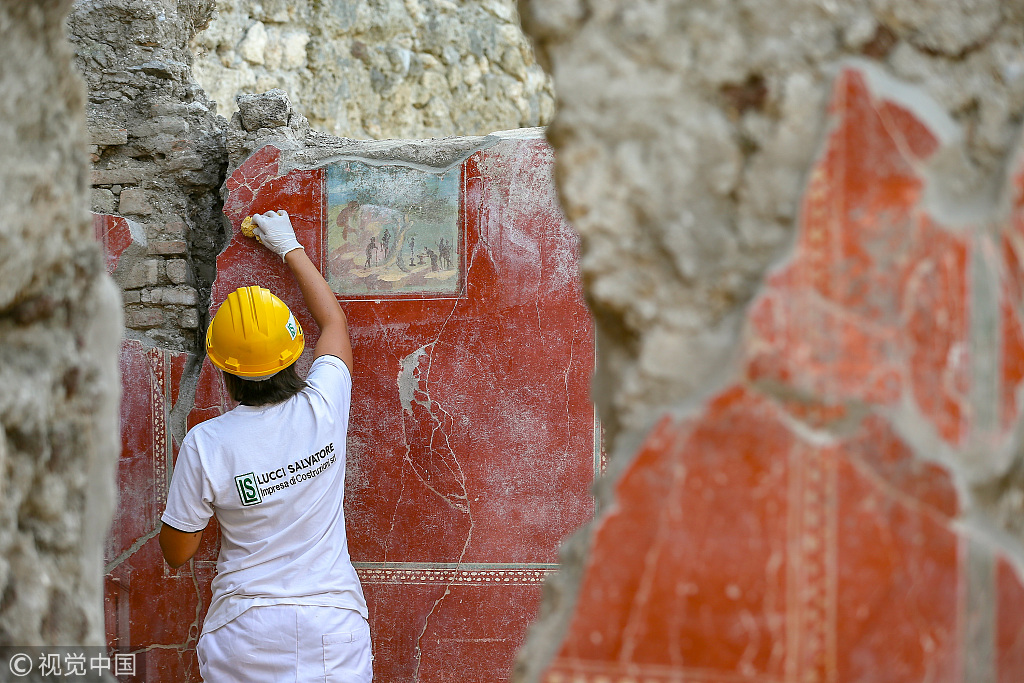 A restorer working on frescos in the House with Garden, a new excavation in the Regio V of the Pompeii excavations.

Pompeii and Herculaneum were previously thought to have been destroyed by the massive eruption of Mount Vesuvius on August 24, based on contemporary writings and archeological finds. 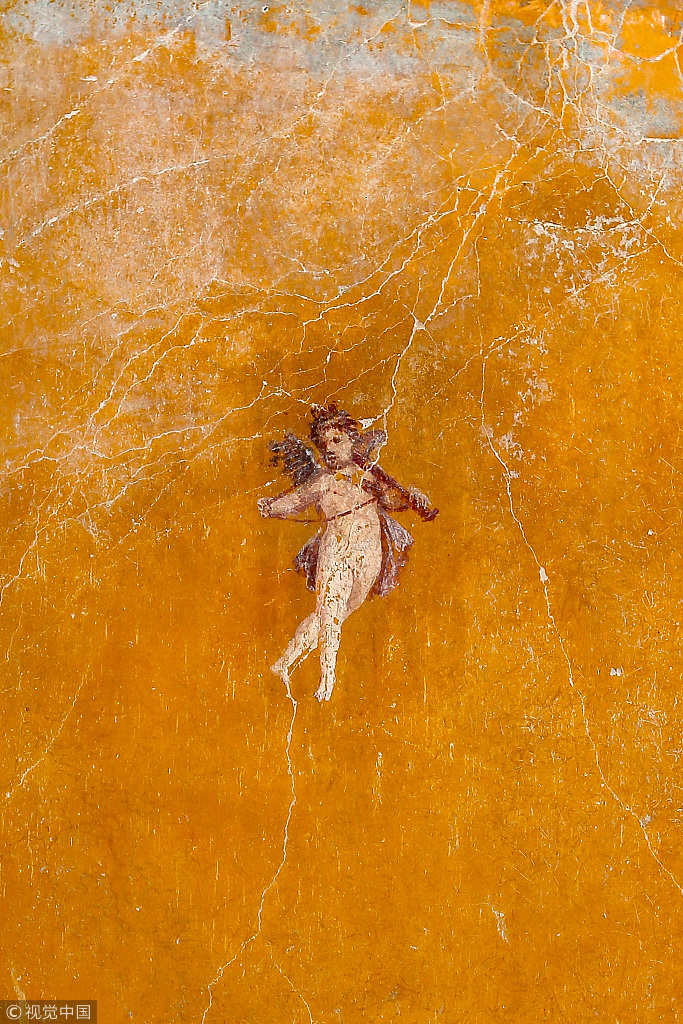 Frescos in the House with Garden, a new excavation in the Regio V of the Pompeii excavations.

Nevertheless, evidence such as autumnal fruits on branches found in the ashen ruins had suggested a later date since the 19th century, Osanna said.

"Today, with much humility, perhaps we will rewrite the history books because we date the eruption to the second half of October," said Italy's Minister of Culture Alberto Bonisoli. 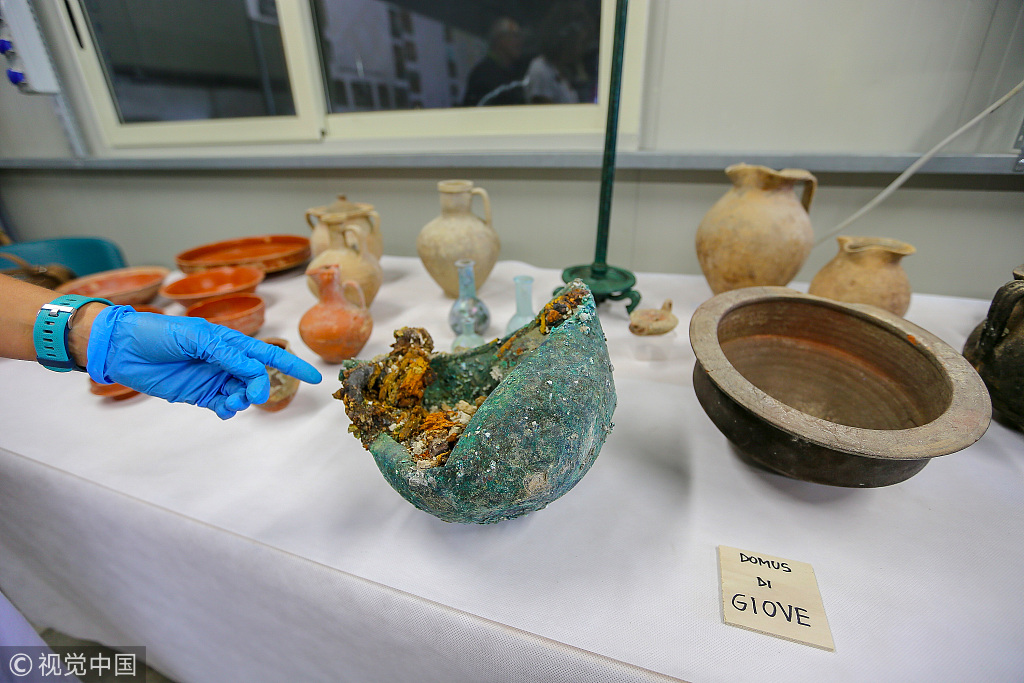 A restorer working on objects found in the in the House with Garden and the House of Jupiter, a new excavation in the Regio V of the Pompeii excavations.

Pompeii is the second most visited tourist site in Italy, after the Colosseum in Rome, with more than three million visitors in the first eight months of this year.