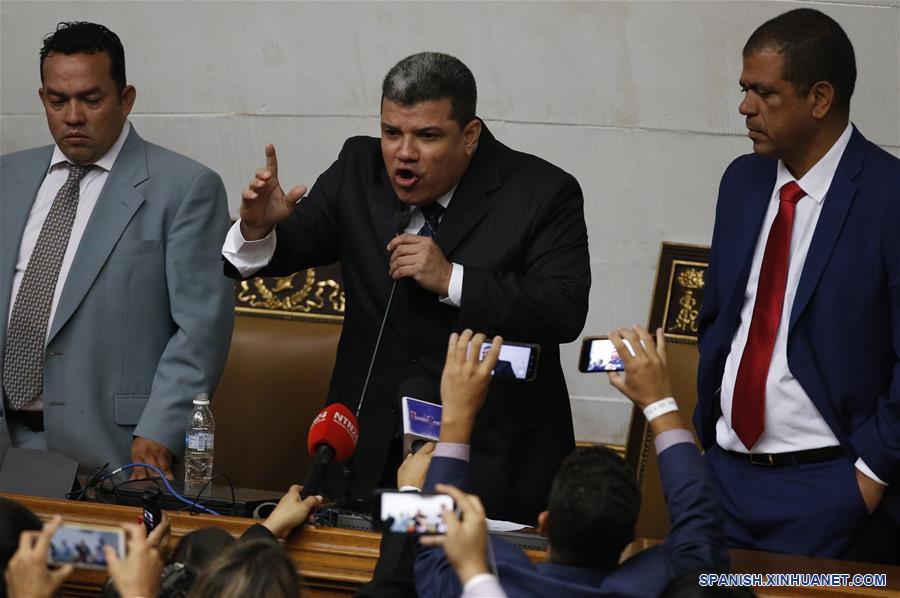 CARACAS, Jan. 6 (Xinhua) -- The new president of the Venezuelan National Assembly, Luis Parra, said Monday that his election was constitutional.

At a press conference at National Assembly headquarters, Parra said that the process of opening a new parliamentary session was carried out with a "regulatory quorum" on Sunday. New members of the body's Board of Directors were elected during the session as well.

He said on Sunday that "situations that tried to tarnish the election of our Board of Directors" arose, emphasizing the entire process was constitutional.

Parra pointed out his predecessor, opposition member Juan Guaido, should already have opened the session.

"Here in this legislative palace, this temple of laws, is the only place where the National Assembly's Board of Directors can be chosen," Parra said.

Parra promised that an ordinary session of the National Assembly would convene on Tuesday.