Slovakia's new government was sworn in on Thursday, wrapping up a month-long political crisis set off by the former prime minister's decision to buy Russian Sputnik V vaccines. 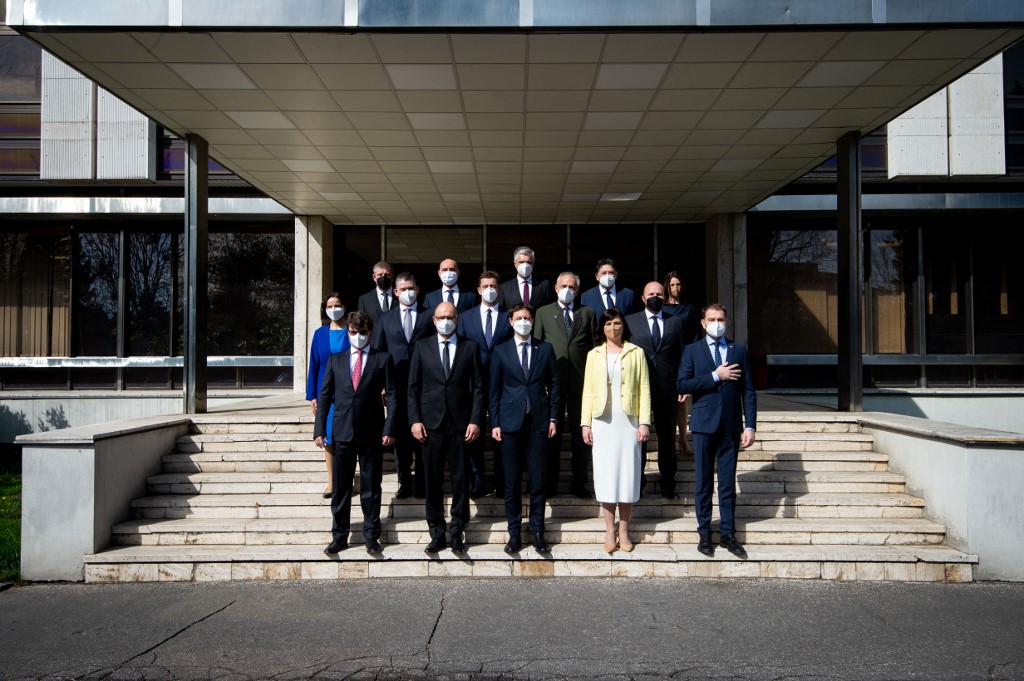 Ministers of the new Slovak Government and the newly appointed Slovakian Prime Minister Eduard Heger (front row, C) wear face masks as they pose for a photo after they were sworn in, in front of the government's seat in Bratislava, Slovakia, on April 1, 2021. (Photo: AFP)

Igor Matovic resigned on Tuesday after intense criticism within the ruling coalition of his overall handling of the coronavirus pandemic, which has hit Slovakia particularly hard.

After the ceremony, his replacement Eduard Heger said: "People expect action and results from us. We have a lot to do."

President Zuzana Caputova told the new ministers: "It is your responsibility to restore the trust of citizens".

Matovic is staying on in the government as finance minister, Heger's old post.

The new health minister is Vladimir Lengvarsky, director of a central army hospital.

The Covid crisis has eased slightly in Slovakia in recent days.

The country -- which had the top global ranking for Covid-related deaths per capita for weeks -- is now in seventh place with an average of 17.97 deaths per 100,000 inhabitants over the past 14 days, according to an AFP tally based on official data.