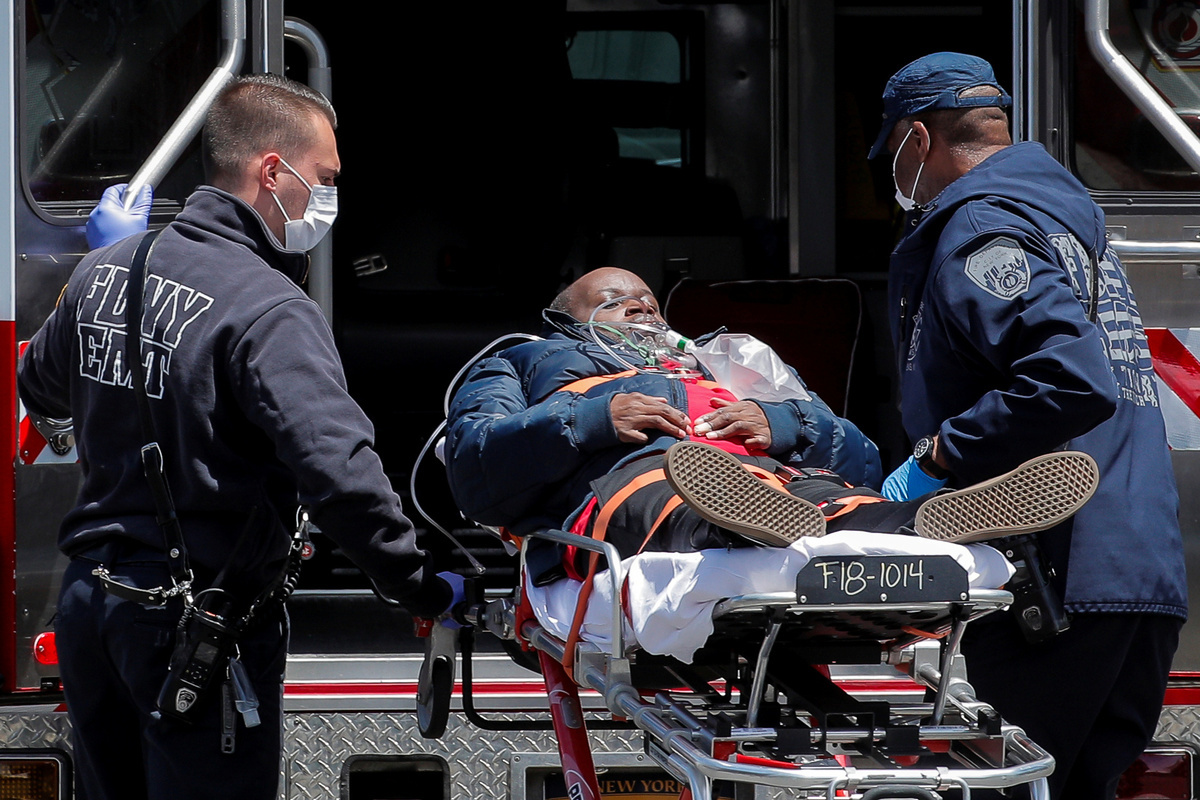 New York City Fire Department (FDNY) EMT's arrive with a patient at St. John's Episcopal Hospital, during the outbreak of the coronavirus disease (COVID-19), in the Far Rockaway section of Queens in New York City, US, May 20, 2020. (Photo: Agencies)

WASHINGTON - A new analysis of hospitalization rates from the University of Minnesota showed African American, Hispanic, American Indian and Alaskan Native populations in the United States are significantly more likely to be hospitalized due to COVID-19 than whites.

The study, published Monday in JAMA Internal Medicine, found significant disparities among racial and ethnic groups after reviewing nearly 49,000 COVID-19 hospitalizations over a two-month period in the 12 US states that report such data for hospital patients.

"The unique clinical, financial and social impacts of COVID-19 on racial and ethnic populations that are often systematically marginalized in our society must be well understood in order to design and establish effective and equitable infrastructure solutions," said Pinar Karaca-Mandic, professor and academic director of the Medical Industry Leadership Institute in the University of Minnesota Carlson School, and the study's lead author.

The study found that the African American were hospitalized at higher rates than those who were white in all 12 states reporting data, with Ohio, Minnesota and Indiana having the largest disparities.

The Hispanic were hospitalized at higher rates than those who were white in 10 of the 11 states reporting this data, with Virginia, Utah and Rhode Island with the largest disparities, according to the study.

The American Indian and Alaskan Native were hospitalized at higher rates than whites in the eight states reporting data.

Researchers note the disparities found in other population groups are largely reversed among Asian communities. In six of the 10 states that reported data for the Asian group, the proportion of hospitalizations was lower relative to their population representation.

In Massachusetts, individuals who identify as Asian comprise 7 percent of the population but only 4 percent of the COVID-19 hospitalizations, according to the study.