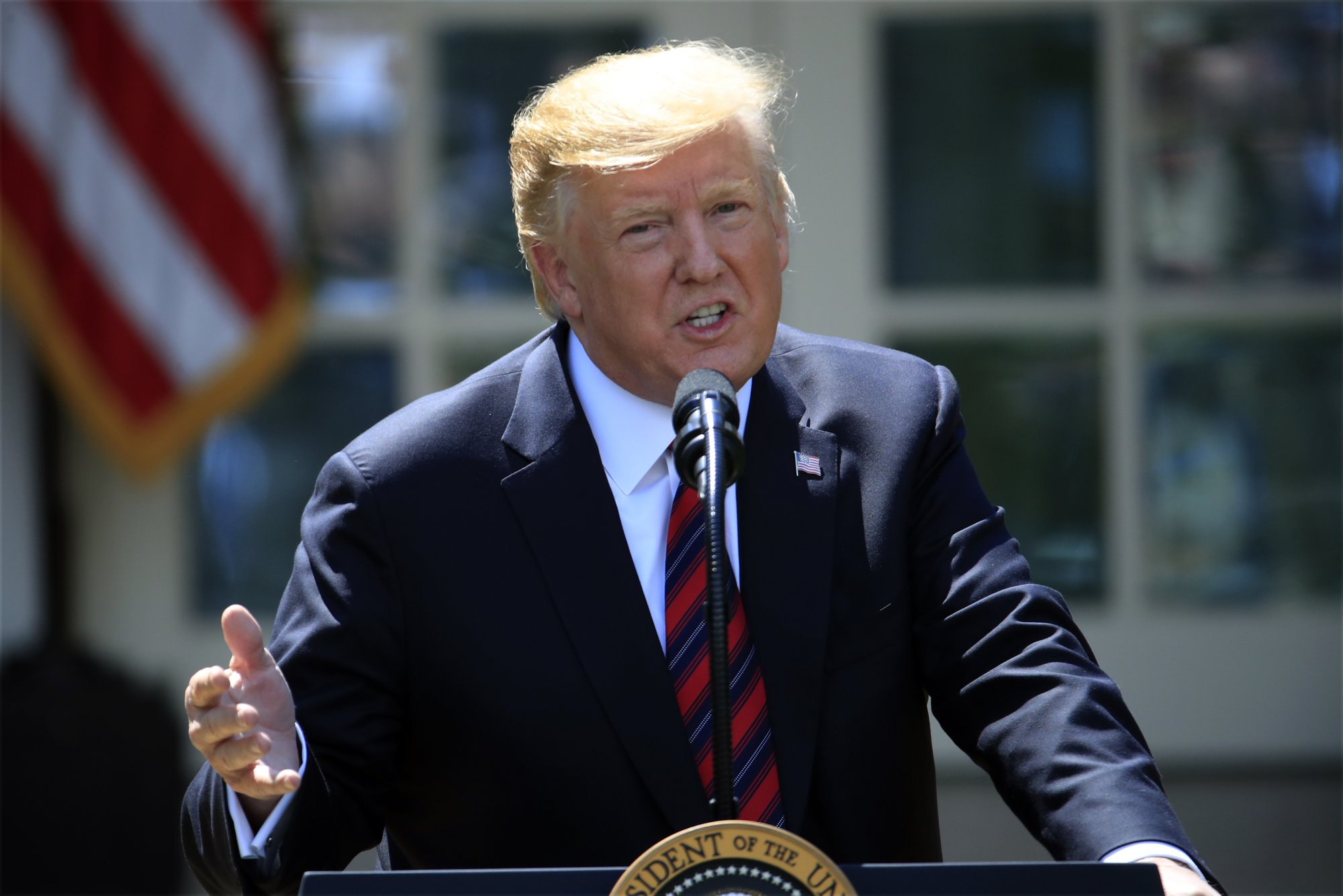 US President Donald Trump speaks about modernizing the immigration system in the Rose Garden of the White House, Thursday, May 16, 2019, in Washington. (Photo: AP)

Setting aside some of his hard-line rhetoric on illegal immigration, US President Donald Trump said Thursday that he wanted to recruit “top talent” to the nation as he unveiled his latest efforts to reform residency laws after years of setbacks and stalemates.

The latest effort, spearheaded by Trump’s son-in-law and senior adviser, Jared Kushner, focuses on beefing up border security and rethinking the nation’s green card system so that it would favor people with high-level skills, degrees and job offers instead of relatives of those already in the country. The proposed shift to a more merit-based system prioritizing high-skilled workers would mark a dramatic departure from the nation’s largely family based approach, which officials said gives roughly 66% of green cards to those with family ties and 12% based on skills.

The president’s plan, unveiled in a Rose Garden ceremony, has yet to be embraced by his own party — let alone Democrats — and faces dubious prospects in a divided Congress. The show of magnanimity comes as Trump seeks to put a softer facade on the signature campaign issue from his first campaign as he eyes his 2020 reelection.

“Our plan is pro-American, pro-immigrant and pro-worker,” Trump said, adding that it contrasts with what he called Democrats’ support of “chaos,” and predicted it will lead him to victory next November.

“Our proposal fulfills our sacred duty to those living here today while ensuring America remains a welcoming country to immigrants joining us tomorrow,” he added.

Efforts to overhaul the immigration system have gone nowhere for three decades amid deep partisan divisions. Prospects for an agreement seem especially bleak as the 2020 elections near, though the plan could give Trump and the GOP a proposal to rally behind, even as Democrats signaled their opposition.

The plan does not address what to do about the millions of immigrants already living in the country illegally, including hundreds of thousands of young “Dreamers” brought to the US as children — a top priority for Democrats. Nor does it reduce overall rates of immigration, as many conservative Republicans would like to see.

White House press secretary Sarah Sanders said “Dreamer” immigrants were not included in Trump’s new plan because past proposals involving them have failed.

In briefings Wednesday that attracted dozens of journalists and outside allies, administration officials said the plan would create a points-based visa system, similar to those used by Canada and other countries.

Under the new plan, the US would award the same number of green cards as it now does. But far more would go to exceptional students, professionals and people with high-level and vocational degrees. Factors such as age, English language ability and employment offers would also be considered.

The diversity visa lottery, which offers green cards to citizens of countries with historically low rates of immigration to the US, would be eliminated.

As part of the plan, officials want to shore up ports of entry to ensure all vehicles and people are screened and to create a self-sustaining fund, paid for with increased fees, to modernize ports of entry.

The plan also calls for building border wall in targeted locations and continues a push for an overhaul to the US asylum system, with the goal of processing fewer applications and removing people who don’t qualify faster.

While the officials insisted their effort was not a “political” plan, they nonetheless framed it as one they hoped Republicans would unite behind, making clear to voters what the party is “for.”

“I don’t think it’s designed to get Democratic support as much as it is to unify the Republican Party around border security, a negotiating position,” said Sen. Lindsey Graham, R-S.C., a close ally of the White House.

Indeed, the plan drew immediate criticism from Democrats as well as immigration activists, who remain deeply skeptical of Trump after past negotiation failures.

Democrats and some Republicans tried crafting a compromise with Trump last year that would have helped young Dreamer immigrants and added money for border security. But those talks collapsed over White House demands to curb legal immigration and a dramatic Senate showdown in which lawmakers rejected three rival proposals that aligned with the “four pillars” immigration plan Trump unveiled that year.

Lisa Koop, director of legal services at the National Immigrant Justice Center, also criticized the various planks of the proposal, including its failure to address those brought to the US illegally as children who are currently protected from deportation by the Deferred Action for Childhood Arrivals policy, or DACA, which Trump has tried to end.

“A plan that forces families apart, limits access to asylum and other humanitarian relief, and doesn’t contemplate a path to citizenship for DACA recipients and other undocumented community members is clearly a political stunt intended to posture rather than problem-solve,” she said.

Mark Krikorian, executive director of the Center for Immigration Studies, which advocates for lower immigration rates, applauded a “very positive effort” on legal immigration, but said it was “undermined by the embrace of the current very high level of immigration.”

Republicans on Capitol Hill, too, voiced skepticism. A PowerPoint presentation shared with reporters Wednesday referred to the plan as “The Republican Proposal,” even though many GOP members had yet to see it.