The number of US workers filing new claims for jobless benefits showed no improvement in the latest week, with 884,000 new applications, according to Labor Department data released Thursday. 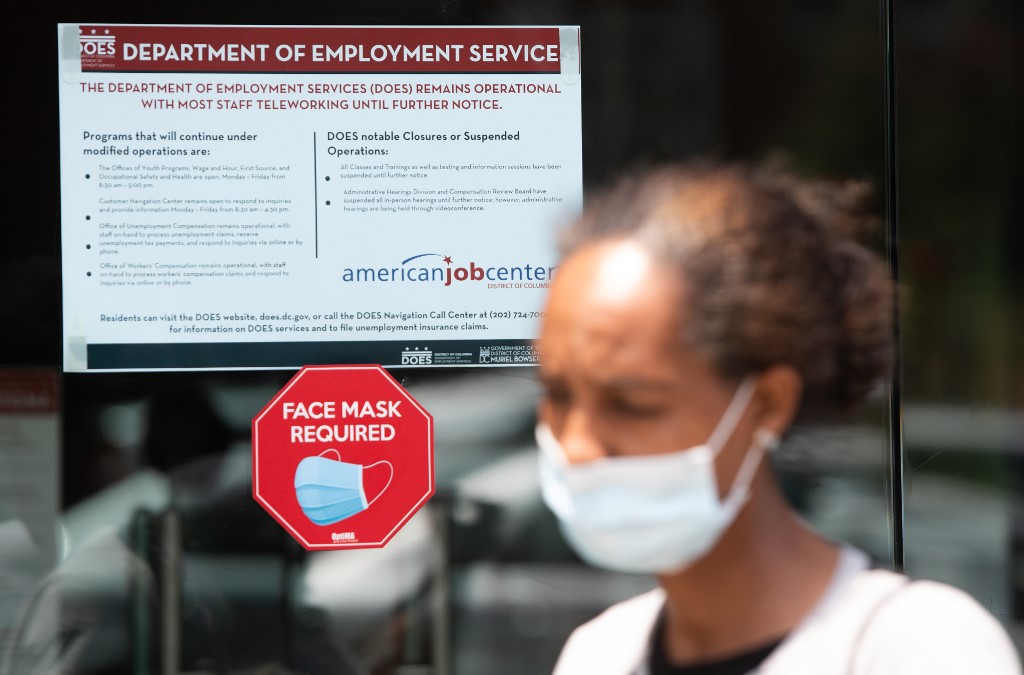 New claims have generally decreased since surging in March at the start of the Covid-19 crisis, however the data for the week ended September 5 was unchanged from the prior week and still worse than at any point during the global financial crisis.

In addition, 838,916 people applying for benefits under the Pandemic Unemployment Assistance program aimed at employees not normally eligible for aid, nearly 91,000 more than in the week ended August 29, according to the report.

The stagnant report comes despite efforts by states to reopen their economies following shutdowns aimed at halting the spread of the virus, and while Congress remains deadlocked over a new stimulus bill to aid the battered US economy.

"It is especially concerning that the pace of layoffs has not slowed more materially even though the economy has reopened more fully, and more and more businesses have come back online."

The number of claims filed in the previous week ended August 29 was revised slightly upwards in the data.

In total, 29.6 million people were claiming benefits under all programs in the week ended August 22, a gain of more than 380,000.

The latest weekly report was the second to be released after the Labor Department changed its seasonal adjustment formula which it said would "more accurately track" the data given the large fluctuations.

Despite the continued high rate of jobless claims, the US unemployment rate decrease to 8.4 percent in August since spiking to 14.7 percent in April as the coronavirus shutdowns hit.

Robert Frick, corporate economist at Navy Federal Credit Union, said the fact claims still have not returned to anywhere near the levels seen prior to the pandemic means continued progress in job gains could be slowed in coming months.

"Based on unemployment claims, expect drops in the unemployment rate this fall to be modest at best," he said.