WORLD New US jobless data to add to skyrocketing unemployment

New US jobless data to add to skyrocketing unemployment 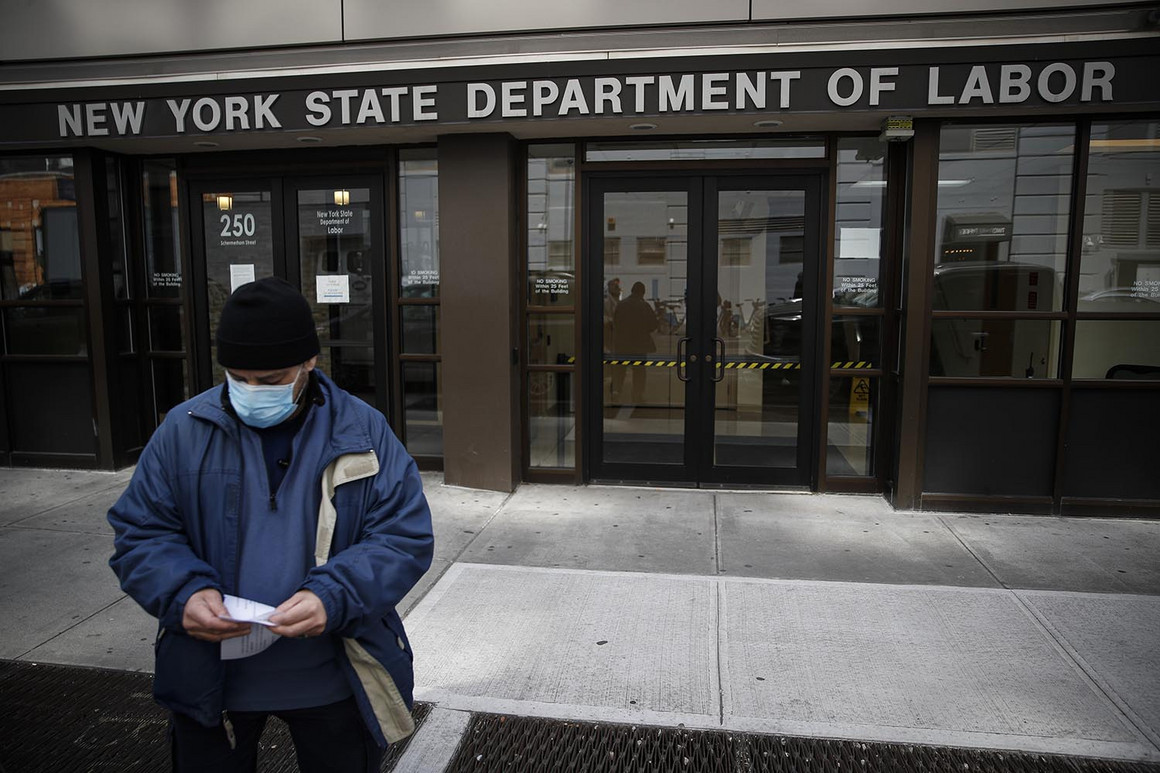 The United States is set for another jarring look at how badly the coronavirus has marred the economy when new weekly jobless benefit claim data is released on Thursday.

The previous reports over the last two weeks by the Labor Department indicated that a combined 10 million people lost their jobs as businesses across the world's largest economy shut down to stop the virus's spread.

"It's hard to see anything other than another horrendous report," the consulting firm Pantheon Macroeconomics wrote in an analysis.

The consensus among economists is of a report showing five million new claims for unemployment benefits, but many expect it to be higher.

A separate monthly Labor Department survey taken during the week of March 12, before the shutdowns became widespread, showed the US economy shedding 701,000 jobs and the unemployment rate rising by 4.4 percent -- the worst figures since March 2009 during the depths of the global financial crisis.

And the April monthly jobs report will also be grim, "with nearly 13 million jobs lost... and an unemployment rate around 15 percent," she said.

Congress in March passed a $2.2 trillion stimulus package to stem the bleeding, one of three measures lawmakers approved to fight the coronavirus pandemic.

The stimulus includes direct cash payments to Americans, expanded unemployment insurance and $350 billion for a small business loan program aimed at getting companies to retain employees.

However the rollout of that program has been flawed, with banks frustrated by a lack of clear guidelines on how it works as they face a flood of requests for the cash.

Treasury Secretary Steven Mnuchin said he would ask Congress for an additional $250 billion for the loans, citing huge demand, but that will need to go through Republicans controlling the Senate and Democrats who lead the House of Representatives.

While saying the stimulus package will "help cushion the blow," Bovino warned the data shows the US entering a recession, one that is set to be deep.

"With every passing economic indicator and alternative piece of economic news, the outlook deteriorates," she wrote.

In minutes from its March 15 emergency policy meeting, where it slashed the benchmark interest rate to zero, the US Federal Reserve warned the pandemic poses "major downside risks" to the economy.

However some officials viewed the pandemic as "not directly comparable with the previous decade's financial crisis and it need not be followed by negative effects on economic activity as long-lasting as those associated with that crisis," according to the minutes released Wednesday.