THE HAGUE, March 20 (Xinhua) -- A fourth suspect in a tram shooting in the Dutch city of Utrecht has been arrested, while two other suspects have been released, the Dutch public prosecutor said Tuesday. 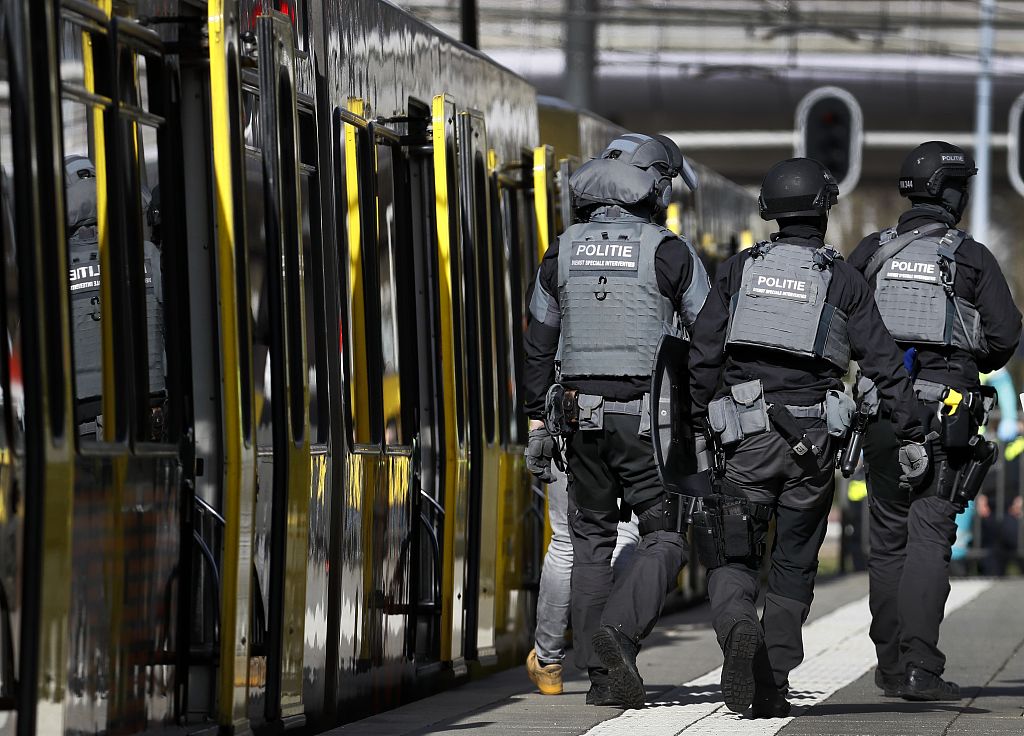 Police forces walk near a tram at the 24 Oktoberplace in Utrecht, on March 18, 2019 where a shooting took place. (Photo: VCG)

The Dutch Special Interventions Service (DSI) arrested the fourth suspect at around 3:30 pm local time (1430 GMT) in Utrecht. The suspect is a 40-year-old man from Utrecht, whose role is being investigated. He is now in custody, like the main suspect.

"Their involvement has not been proven and they are no longer suspects in the investigation," the public prosecutor stated.

The 37-year-old main suspect, Gokmen Tanis, is suspected of shooting three people dead and injuring five others on a tram at around 10:45 a.m. local time (0945 GMT) on Monday at the 24 Oktoberplein square in Utrecht.