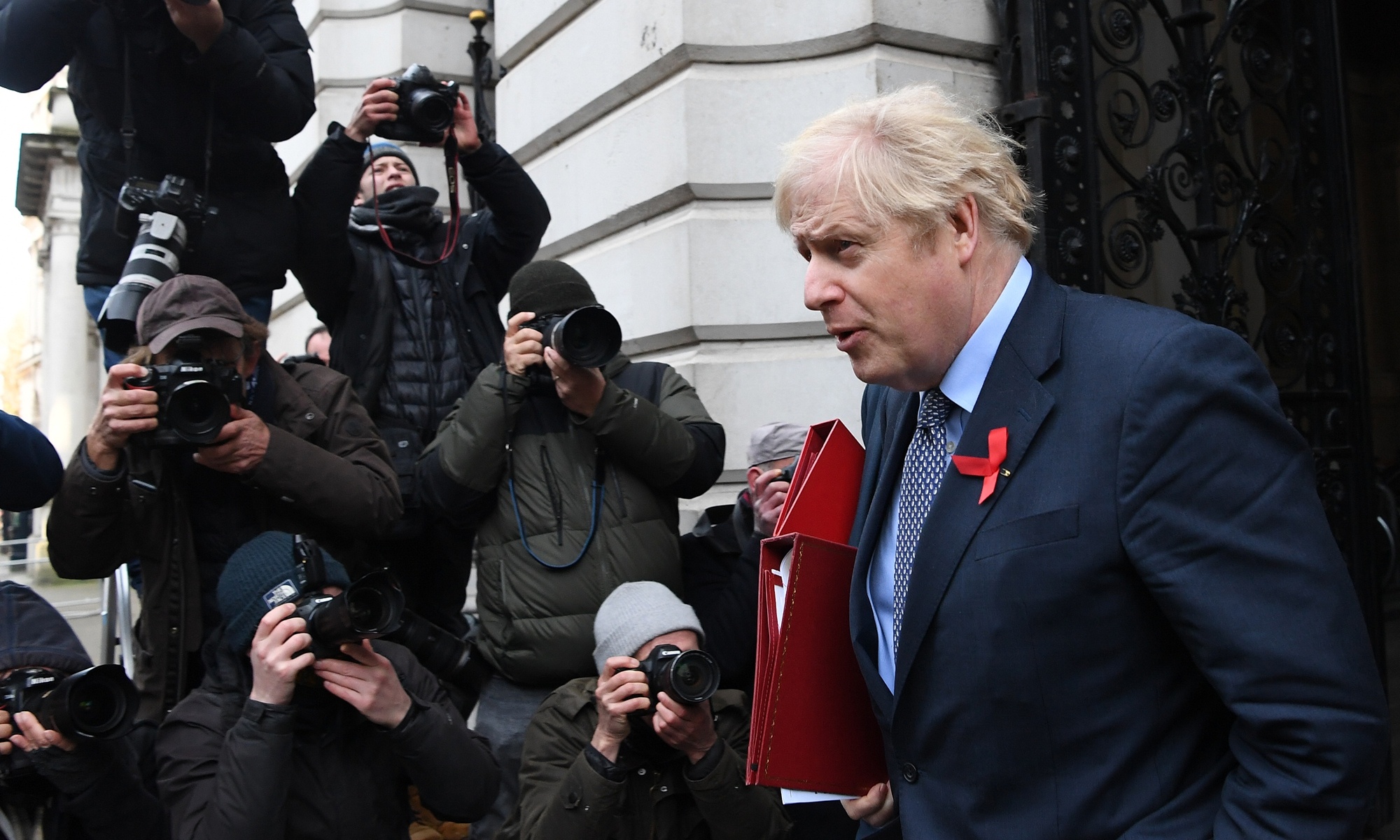 A "new variant" of coronavirus detected in the UK won't have a major impact on the country's massive vaccination program, predicted a Chinese epidemiologist, noting that the case should serve as a reminder for countries to maintain surveillance of and research into the virus, and "keep a step ahead of its changes."

The World Health Organization has notified the UK government that a new variant of coronavirus has been found that is rising faster in some parts of England, and Health Secretary Matt Hancock said that at least 60 different local authorities had recorded COVID-19 infections caused by the new variant.

He said that there was "nothing to suggest" it caused a worse form of the disease or that vaccines would no longer work.

The news also sparked some panic in China, although Chinese epidemiology experts dismissed the concerns.

Wang Guangfa, a respiratory expert at Peking University First Hospital who was a member of the WHO-China joint expert team in February, told the Global Times that it is natural for a virus to mutate, in order to survive the changing environment.

"Most viruses, I believe coronaviruses as well, undergo only gradual changes, which will not have an impact on vaccines," said Wang.

He said that if the body's immune reaction to a vaccine declines over time and the virus changes too much, the vaccine may need to be modified over time, just like the flu vaccine.

The epidemiologist said that more clinical and scientific data are needed to get a clearer picture of the UK's new variant.

Another Beijing-based immunologist, who requested anonymity, said that Chinese officials and scientists have reminded the public about viral mutations.

Tian Baoguo at the Ministry of Science and Technology said in October that Chinese scientists have been constantly tracking mutations of the virus, and the mutation did not pose a substantial challenge for the country's vaccine research and development process.

The anonymous immunologist later said the UK's case could serve as a reminder for scientists around the world to never cease their surveillance of and research into the coronavirus, and always "keep a step ahead of its changes."