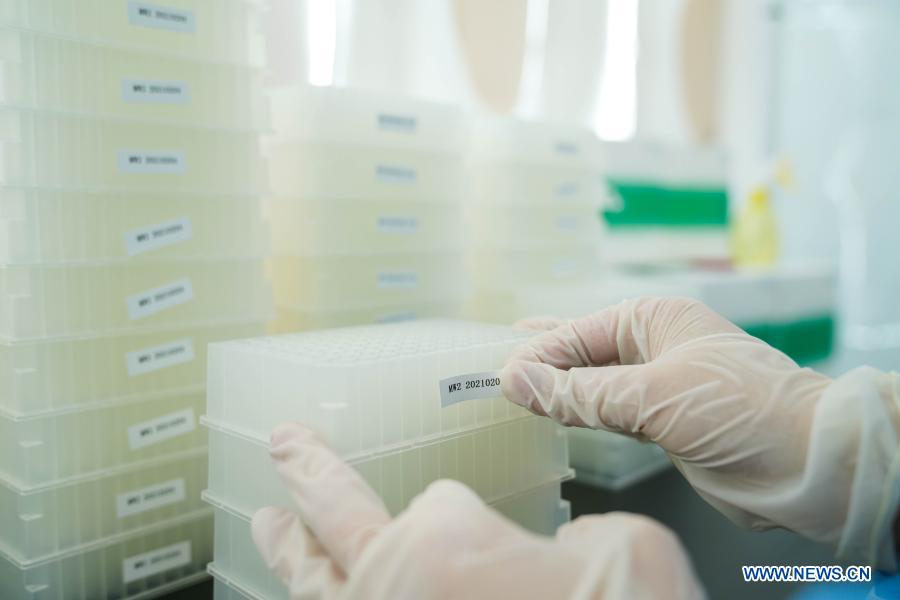 To increase the testing capacity of the SARS-CoV-2 laboratory, the Brunei government, in collaboration with China's BGI Group, has acquired an additional virology laboratory named Brunei COVID-19 AirLab, a press release from the health ministry said.

The new mobile laboratory is currently placed at Bridex International Conference Center in Jerudong and will be put into operation on Thursday.

Haji Mohammad Isham, Brunei's health minister, said during a press conference on Wednesday that with the new testing facility, the results of swab tests will be known within 24 hours, compared to four to five days previously, which will significantly ease the backlog of swab samples due to limited testing capacity.

According to Haji Mohd Amin Liew, minister at the Prime Minister's Office and second minister of finance and economy, Brunei has cooperated with the BGI Group before, which "helped the country a lot."

He said that to increase the capacity to carry out more rapid testing, Brunei decided to transport testing equipment from China using a chartered flight and set up the new virology laboratory in just a few days.

All new cases in the active clusters are individuals who are currently being quarantined and were found to be in contact with several confirmed cases.

The health ministry said contact tracing for all new cases is still actively running, with a total of 13,473 people identified as close contacts of the recently confirmed cases, an increase of 718 individuals from the previous day.

There are currently 605 active cases being treated and monitored at the National Isolation Center, with three of them in critical condition requiring respiratory assistance and 10 other patients under close monitoring.

Before the detection of the local cases on Aug. 7, Brunei had kept a record of 457 days without community infections.

Brunei also reported five recoveries on Wednesday. There have been a total of 338 recovered patients and three deaths reported from COVID-19 so far in the country.