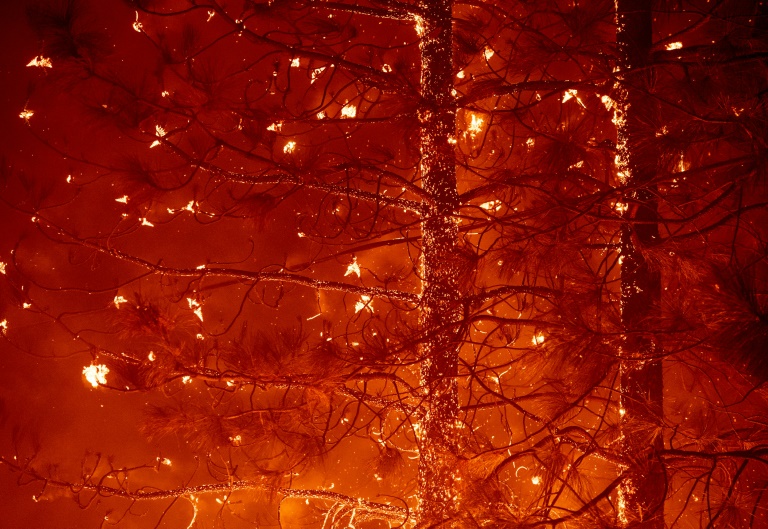 Trees in the Shasta-Trinity National Forest are consumed by flames of the Delta Fire in northern California. (Photo: AFP)

A new wildfire was raging in northern California on Friday, having already devastated almost 25,000 acres (10,000 hectares) in just two days and continuing to spread.

Dubbed the Delta Fire, the blaze was the latest outbreak to hit the region this summer, and was said by officials to have been triggered by arson.

Authorities closed a major highway and issued evacuation orders to areas in the path of the expanding conflagration.

The fire was initially reported in the Lakehead area, 150 miles (240 kilometers) north of the state capital Sacramento and at the heart of the Shasta-Trinity National Forest around midday on Wednesday.

A long stretch of Interstate 5 (I-5), a major highway that runs the length of the West Coast from Canada to Mexico, was closed to prevent motorists from being trapped by the blaze.

No victims have so far been reported, but authorities have ordered evacuations in three counties threatened by the fire, as firefighters dug trenches and started controlled burns to starve the blaze of fuel. Planes and helicopters were also dumping water on the flames.

More than 1,500 people have been deployed to combat the fire, which was expected to push further north in the next 24 hours, authorities said.

California has been badly hit by forest fires in a hot and dry summer season, including the biggest fire in the western state's history, as well as many other major blazes that left more than a dozen people dead.

The Delta fire broke out around 25 miles south of where the Carr Fire had raged for six weeks earlier in the season, killing eight people -- including six firefighters -- and scorching 229,000 acres.