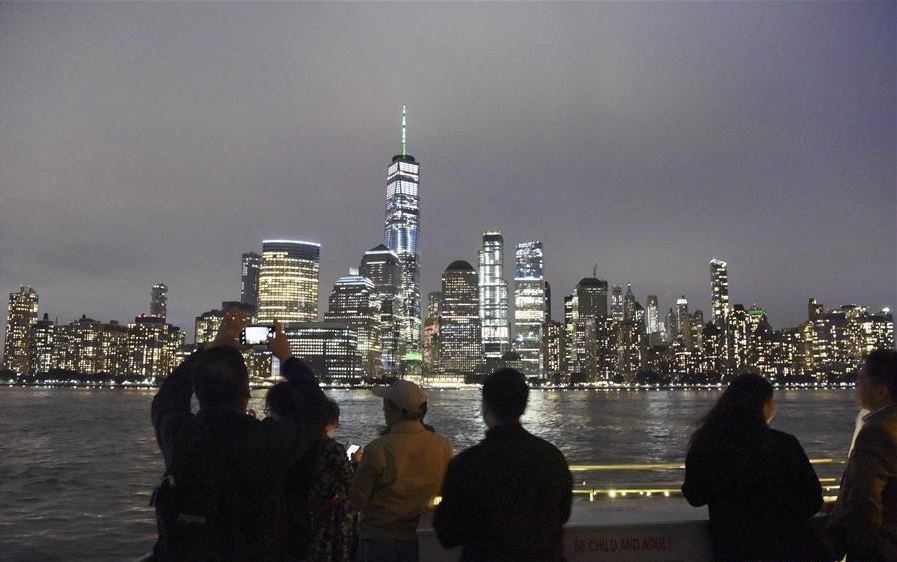 Starting from 6:30 p.m., the three-hour cruise took in various iconic sights in New York City, including the Statues of Liberty, Ellis Island, Brooklyn Bridge and the inspiring view of Manhattan's skyline.

During the tour, attendees tasted Chinese moon cakes while appreciating the moon. The festivity also featured an art show with musicians performing traditional Chinese melodies such as "Colorful clouds chasing the moon" and "Song of the phoenix."

"We hope to provide a platform for overseas Chinese to reunion since it is the tradition for our Chinese people to enjoy family reunion during Mid-Autumn Festival," Frank Zhang, chairman of Henan Chinese Associates USA and co-organizer of the event, told Xinhua.

It is the 4th consecutive year for Chinese communities in New York to host such an event to celebrate the Mid-Autumn Festival, which falls on the 15th day of the 8th month of the Chinese lunar calendar, or Sept. 24 this year, according to the organizer.

More than 600 people from various Chinese communities attended the celebration.