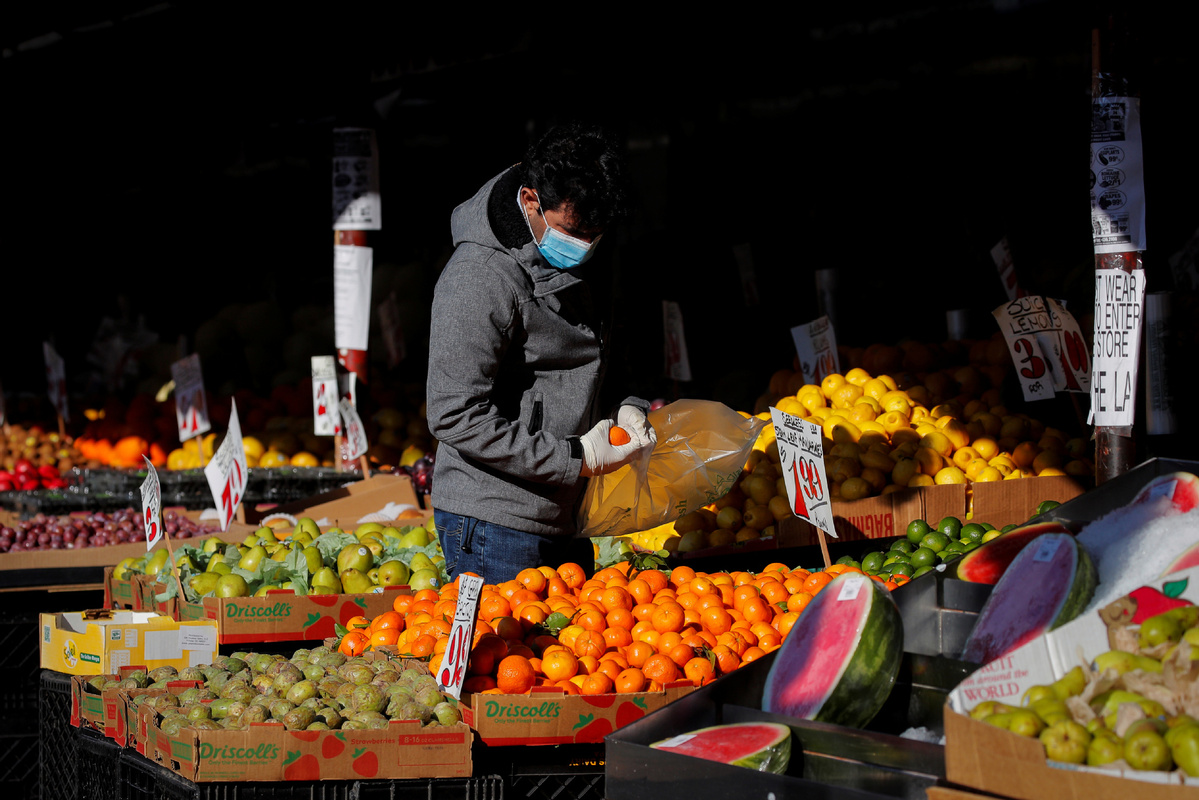 A man wears a mask and gloves as he shops at a fruit stand, during the outbreak of the coronavirus disease (COVID-19), in the Brooklyn borough of New York City, U.S., May 11, 2020. (Photo: Agencies)

WASHINGTON - There were over 5,000 deaths in New York City between March and early May that were not previously identified, according to a new report of the US Centers for Disease Control and Prevention (CDC) on Monday.

The report suggested the true number of cases and deaths in New York City is likely much higher than reported as some people infected went undetected.

The number of confirmed or probable COVID-19 deaths might not include deaths among persons with the coronavirus infection "who did not access diagnostic testing, tested falsely negative, or became infected after testing negative, died outside of a health care setting, or for whom COVID-19 was not suspected by a health care provider as a cause of death," according to the report.

This number also does not include death cases that are not directly associated with the coronavirus infection, said the report.

There were an additional 5,293 deaths that were not previously identified as confirmed or probable coronavirus cases that "might have been directly or indirectly attributable to the pandemic," the CDC said.

New York City has been the epicenter of the COVID-19 outbreak in the United States, with 26,721 deaths as of Monday evening, according to data compiled by Johns Hopkins University.