The coronavirus positivity rate in New York City on Tuesday topped 3 percent for the first time in months, triggering the introduction of stricter guidance. 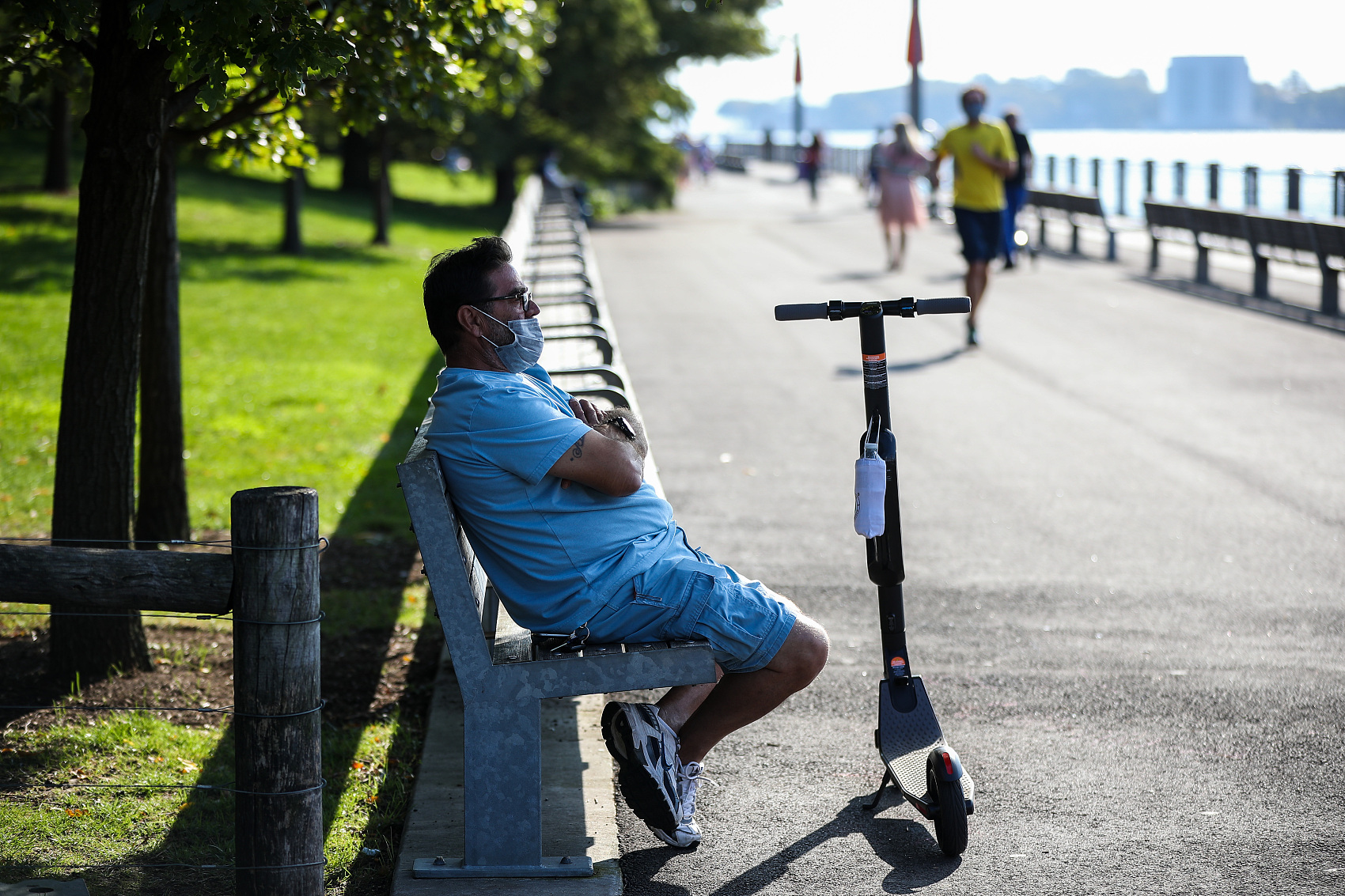 The positivity rate across five boroughs of New York City read at 3.25 percent on Tuesday and nine of 146 ZIP codes reported a substantial increase in COVID-19 cases, said Mayor Bill de Blasio in a press briefing.

"We have not seen a day like that in quite a while, and we don't want to see days like this," de Blasio said.

Still, the seven-day rolling average of positivity rate stood at 1.38 percent, well below the threshold of 3 percent, which would trigger the closure of schools.

New York City would send hundreds of city workers to patrol the hot spots of infections and people who refuse to wear a mask could face a fine of up to 1,000 U.S. dollars, according to de Blasio.

The mayor also asked people from the hot spots to get tested, adding that masks would be handed out there.

Elementary schools in New York City were open for in-person learning on Tuesday with middle and high schools scheduled for in-person classes on Thursday.

New York would allow restaurants to have indoor dining on Wednesday at 25 percent capacity only.

The daily new cases of COVID-19 in New York state surpassed 1,000 on the weekend for the first time since early June.

The resurgence of COVID-19 cases in New York weighed on market sentiment Tuesday as the area was once the epicenter of the pandemic in spring.