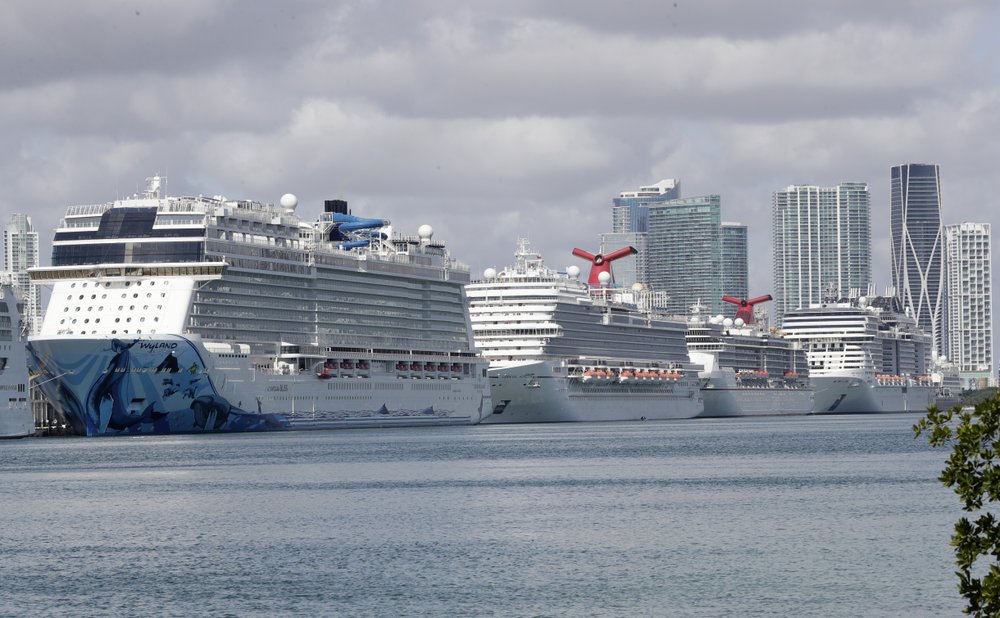 New York authorities rushed to bring in an army of medical volunteers Wednesday as the statewide death toll from the coronavirus surged past 1,900 and the wail of ambulances in the otherwise eerily quiet streets of the big city became the heartbreaking soundtrack of the crisis.

As hot spots flared around the country in places like New Orleans, Detroit and Southern California, New York City was the hardest hit of them all, accounting for the majority of the state’s deaths, with bodies loaded onto refrigerated morgue trucks by gurney and forklift outside overwhelmed hospitals, in some cases in full view of passing motorists. And the worst is yet to come.

“How does it end? And people want answers,” New York Gov. Andrew Cuomo said. “I want answers. The answer is nobody knows for sure.”

Across the U.S., Americans braced for what President Donald Trump warned could be “one of the roughest two or three weeks we’ve ever had in our country.” The White House projected 100,000 to 240,000 deaths in the U.S. before the outbreak is over.

Meanwhile, European nations facing extraordinary demand for hospital intensive-care beds are putting up makeshift hospitals, unsure whether they will find enough healthy medical staff to run them. London is just days from unveiling a 4,000-bed temporary hospital built in a huge convention center to take non-critical patients so British hospitals can stay ahead of an expected surge.

In a remarkable turnaround, rich economies where virus cases have exploded are welcoming help from less wealthy ones. Russia sent medical equipment and masks to the U.S. Cuba sent doctors to France. Turkey dispatched masks, hazmat suits, goggles and disinfectants to Italy and Spain.

Worldwide, about 900,000 people have been infected and over 44,000 have died, according to a tally kept by Johns Hopkins University, though the real figures are believed to be much higher because of testing shortages, differences in counting the dead and large numbers of mild cases that have gone unreported.

In New York, at least 78,000 people have volunteered as medical reinforcements, according to state officials. The group includes recent retirees who are willing to go back to work, health care professionals who can take a break from their regular jobs and people between gigs.

Few have made it into the field yet, as authorities vet them and figure out how to use them, but hospitals are expected to begin bringing them in later this week.

Health care workers who have hit the ground already, many brought in by staffing agencies, have discovered a hospital system becoming overwhelmed.

“I have never seen so many human beings in an ER at one time in my entire life,” said Liz Schaffer, a nurse from St. Paul, Minnesota, who had her first shift Tuesday at Mount Sinai Hospital. “Shoulder to shoulder. It is a sight I never thought I would see. Patients are dying every day. Every single day.”

With New York on near-lockdown, the normally bustling city streets are so empty that a single siren, to some, is no longer the easily ignored urban background noise.

“After 9/11, I remember we actually wanted to hear the sound of ambulances on our quiet streets because that meant there were survivors, but we didn’t hear those sounds, and it was heartbreaking. Today, I hear an ambulance on my strangely quiet street and my heart breaks, too,” said 61-year-old Meg Gifford, a former Wall Streeter who lives on Manhattan’s Upper East Side.

The region rushed to set up extra hospital capacity at the mammoth Javits Convention Center, on a Navy hospital ship and in the indoor tennis center that hosts the U.S. Open.

Elsewhere in the U.S., federal, state and local officials tried to end a standoff over whether two cruise ships with sick and dead passengers may dock at Port Everglades, Florida. More than 300 U.S. citizens are on board. Two deaths have been blamed on the virus, and nine people have tested positive, the Holland America cruise line said.

Florida Gov. Ron DeSantis said Tuesday that the state’s health care system is stretched too thin to take on the passengers: “Just to drop people off at the place where we’re having the highest number of cases right now just doesn’t make a whole lot of sense.”

Trump said later that he would speak with his fellow Republican. “They’re dying on the ship,” the president said. “I’m going to do what’s right. Not only for us, but for humanity.”

In Southern California, officials reported that more than 50 residents of a nursing home east of Los Angeles have been infected and two have died. Cedar Mountain Post Acute Rehabilitation in Yucaipa has been told to assume that all of its patients have the virus, health authorities said.

Even as the virus has slowed its growth in overwhelmed Italy and in China, where it first emerged, hospitals in Spain and France are reaching their breaking points, and the U.S. and Britain are bracing for waves of desperately ill people.

“It feels like we are in a Third World country. We don’t have enough masks, enough protective equipment, and by the end of the week we might be in need of more medication too,” said Paris emergency worker Christophe Prudhomme.

Spain, which hit a record Wednesday of 864 deaths in one day, has boosted its hospital beds by 20%. Hotspots in Madrid and Catalonia have almost tripled their ICU capacity. Dozens of hotels across Spain have been turned into recovery rooms, and authorities are building field hospitals in sports centers, libraries and exhibition halls.

In Italy, with over 13,100 dead so far, the most of any country, morgues overflowed with bodies, caskets piled up in churches, and doctors were forced to decide which desperately ill patient would get a breathing machine.

The pressure is easing on hard-hit Italian cities like Bergamo and Brescia as the rate of new infections slows. Yet many Italians are still dying at home or in nursing homes because hospitals are overwhelmed and cannot get ventilators.

The strain facing some of the world’s best health care systems has been aggravated by hospital budget cuts over the past decade in Italy, Spain, France and Britain. They have called in medical students, retired doctors and even laid-off flight attendants with first aid certification to help fight the virus, although all need re-training.

The medical staffing shortage has been exacerbated by the high numbers of infected personnel. In Italy alone, nearly 10,000 medical workers have been infected and more than 60 doctors have died.

For most people, the coronavirus causes mild or moderate symptoms, such as fever and cough. But for others, especially older adults and people with health problems, it can cause severe symptoms like pneumonia and lead to death.