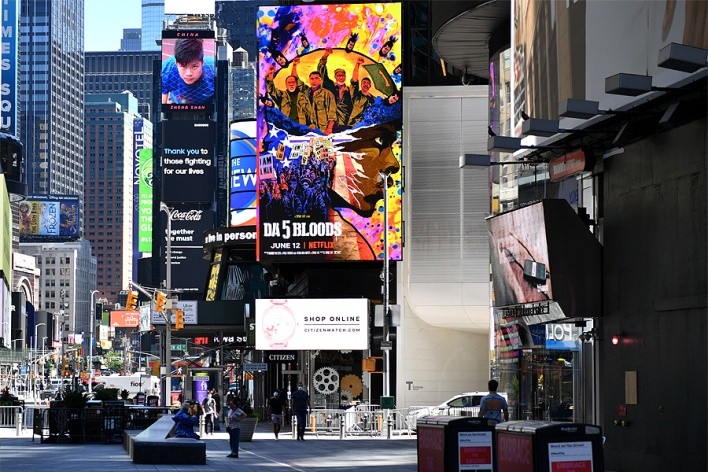 New York (People’s Daily) – New York City reopens under phase one on Monday, 100 days after its first coronavirus case was confirmed. As the epicenter of the United States epidemic, New York City became the final region in New York state to enter into the phased reopening, where nearly 22,000 people have died from COVID-19 amid the deadly pandemic.

Construction, manufacturing, wholesale trade, agriculture work and retail curbside service are allowed to resume during the first phase of reopening under the state guidelines, according to the executive order issued by the State Government. Approximately 400,000 people are supposed to return to work on the reopening day in the city.

Mayor Bill de Blasio lifted the curfew on New York City Sunday morning, after several nights of mostly peaceful protests over the death of George Floyd at the hands of the Minneapolis police.

"Tomorrow we take the first big step to restart. Keep staying safe. Keep looking out for each other,” de Blasio tweeted. 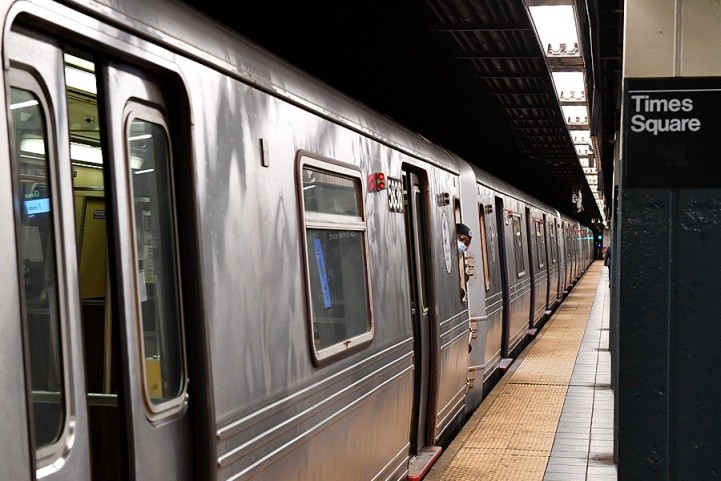 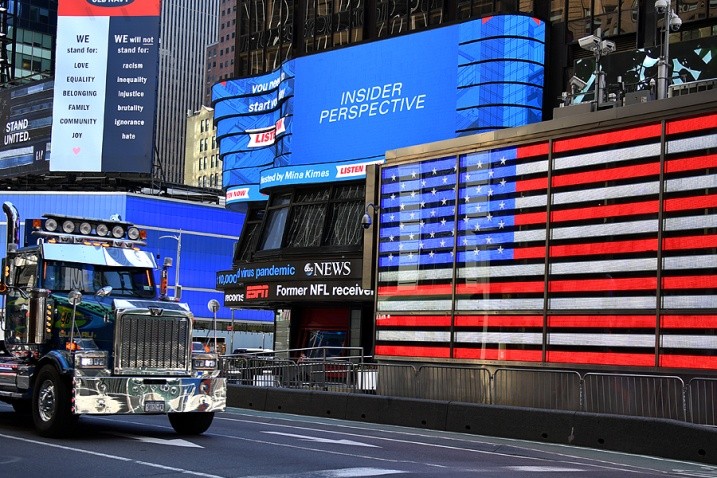 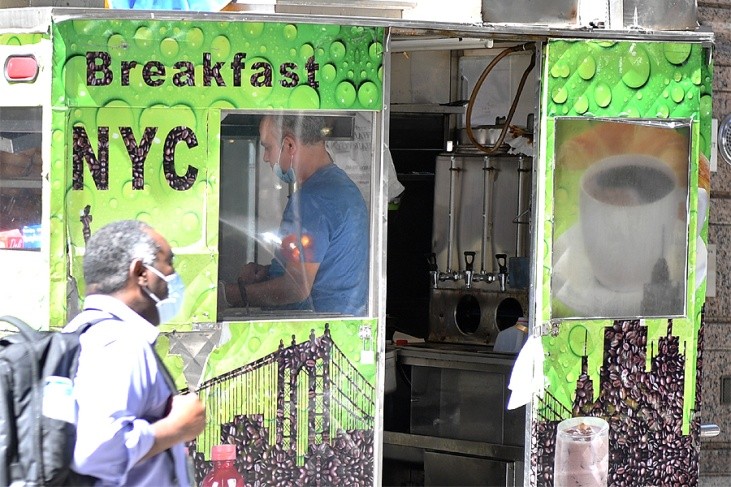 A street pedlar cooks for a customer at Times Square in New York City, Monday, June 8, 2020. 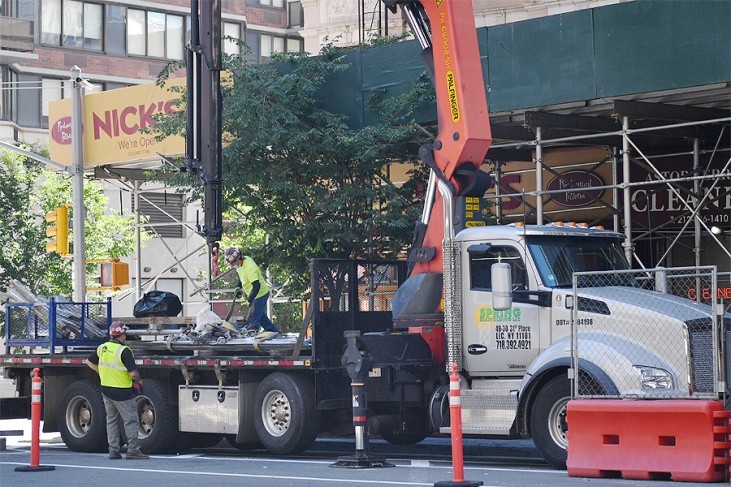 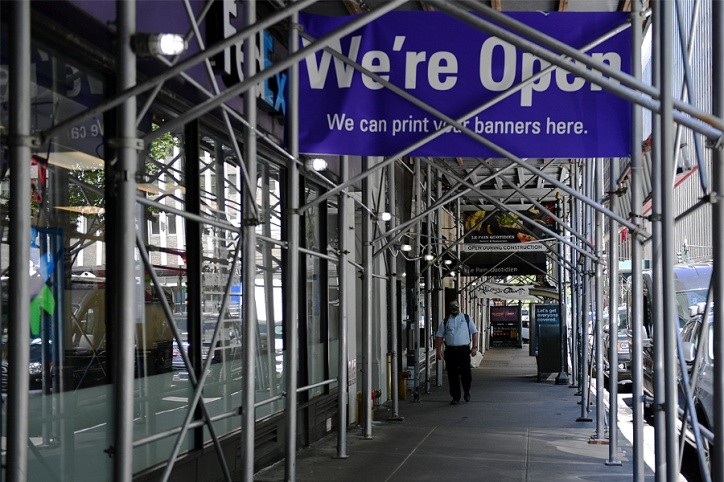 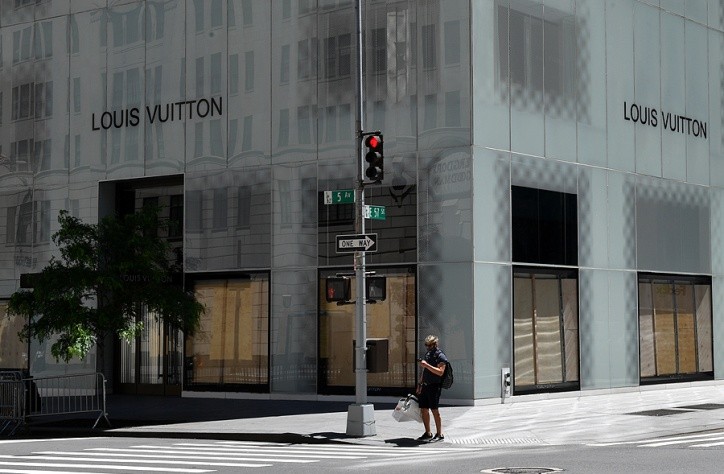 Louis Vuitton on Fifth Avenue in New York City is boarded up against potential looters, on Monday, June 8, 2020. Curfews are being lifted in the city. 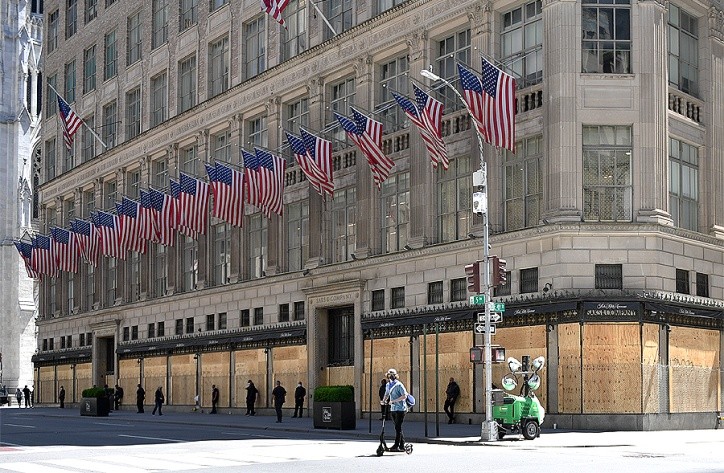 A group of security guards is standing around Saks Building on Fifth Avenue in New York, Monday, June 8, 2020. Curfews are being lifted in the city.