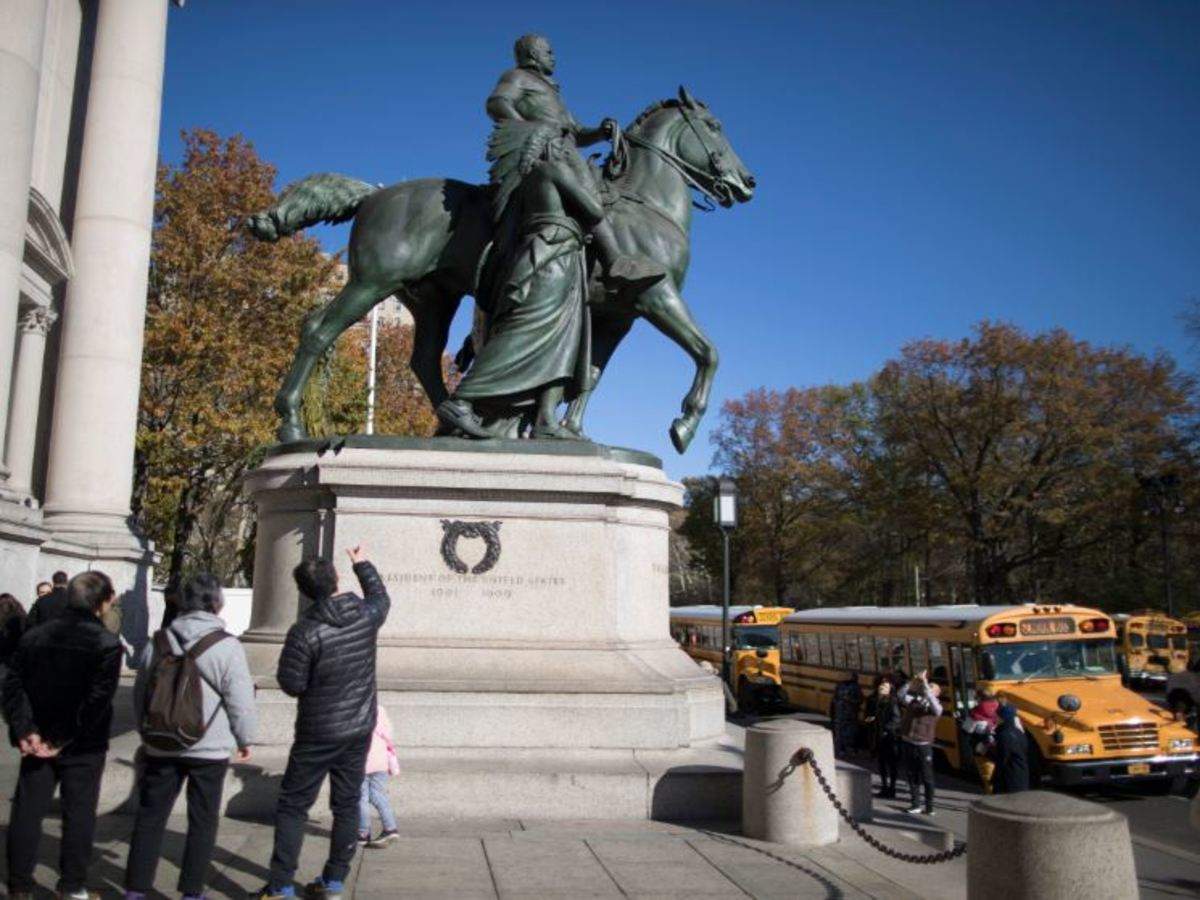 New York City announced Sunday it would remove a statue of former US President Theodore Roosevelt long criticized as a racist and colonialist symbol, but the move drew criticism from Donald Trump.

The decision comes with the United States gripped by widespread protests against racial inequality -- sparked by the killing in police custody of George Floyd, an unarmed black man -- with demonstrators toppling a number of statues of figures with racist legacies.

The bronze sculpture of Roosevelt, which has been at the entrance of the American Museum of Natural History (AMNH) for 80 years, depicts the former leader on horseback towering over a black man and a Native American man -- who are both on foot.

Citing the ongoing movement for racial justice, the museum said: "We also have watched as the attention of the world and the country has increasingly turned to statues and monuments as powerful and hurtful symbols of systemic racism."

The Roosevelt statue, it added, "has long been controversial because of the hierarchical composition that places one figure on horseback and the others walking alongside, and many of us find its depictions of the Native American and African figures and their placement in the monument racist."

New York City authorities agreed to the museum's request to remove the statue,

"It explicitly depicts Black and Indigenous people as subjugated and racially inferior," Mayor Bill de Blasio said in a statement.

"The City supports the Museum's request. It is the right decision and the right time to remove this problematic statue."

Theodore Roosevelt became the 26th US president at the beginning of the 20th century, and while he was celebrated as a conservationist and progressive at the time, he also held racist views towards black and Native American people, according to the AMNH website.

A Roosevelt family member released a statement approving the removal.

"The world does not need statues, relics of another age, that reflect neither the values of the person they intend to honor nor the values of equality and justice," said Theodore Roosevelt IV, aged 77, a great-grandson.

"The composition of the Equestrian Statue does not reflect Theodore Roosevelt’s legacy. It is time to move the statue and move forward."

But President Donald Trump criticized the decision to remove the statue, tweeting: "Ridiculous, don't do it!"

Trump had called on police to arrest demonstrators who took down a statue of Confederate general Albert Pike in Washington DC on Friday.

The protests against racial inequality and police brutality have seen the toppling or removal of statues depicting Confederate generals, colonial figures and slave traders in the United States, Britain and New Zealand.