New York on Tuesday honored the nearly 3,000 people killed on September 11, 2001 in a ceremony at Ground Zero, the site where hijacked Al-Qaeda planes brought down the Twin Towers.

The 17th anniversary was commemorated in fog and gentle rain by relatives of those who were killed, police officers, fire fighters and officials, who remembered what remains the deadliest single attack on US soil. 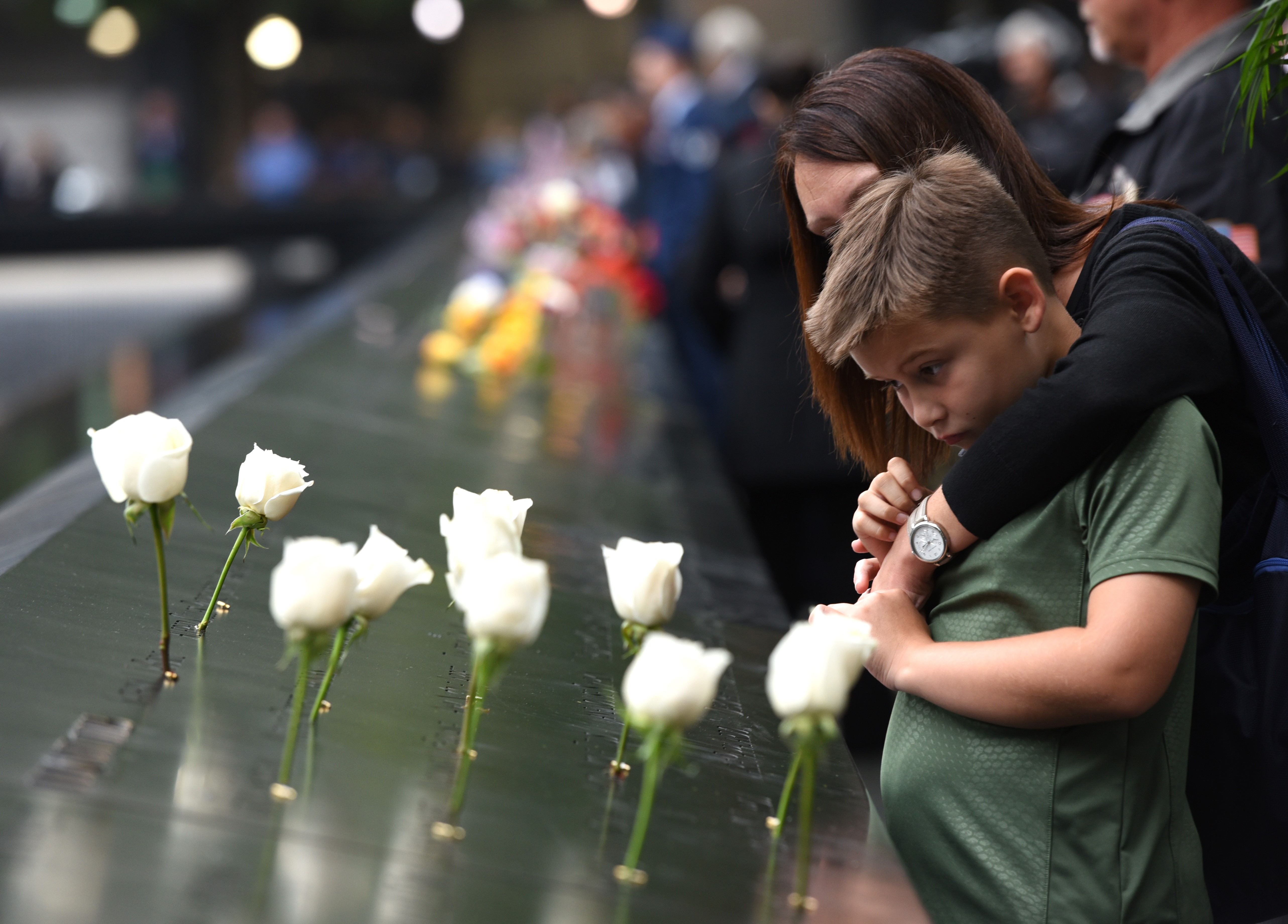 A young boy and his mother looks down into the South Pool during observances on September 11, 2018 held on the 17th anniversary of the September 11, 2001, terror attacks at the annual ceremony at the Ground Zero memorial site. (Photo: AFP)

They gathered at the National September 11 Memorial and marked moments of silences at 8:46 am and 9:03 am, the exact times that the passenger jets struck the North and South Towers.

New York Governor Andrew Cuomo, the US ambassador to the United Nations, Nikki Haley and Mayor Bill de Blasio, together with his predecessors, Michael Bloomberg and Rudy Giuliani, were among those who attended.

"We need to stand together, that's the only way we can deal with that kind of pain."

In what has become an annual tradition, relatives began reading out the long list of those who were killed, saying a few words about those who died, in a ceremony that takes longer than three hours.

The New York Stock Exchange also marked a moment of silence at 9:20am and fire stations welcomed relatives of those who were killed. The department suffered a particularly heavy blow, with a total of 343 dead.

In addition to those killed on September 11, thousands of first responders, construction workers and residents have since developed illness, many of them terminal, as a result of inhaling the toxic fumes.

Al-Qaeda hijacked a total of four planes. The third hit the Pentagon and the fourth, Flight 93, crashed in a field in Shanksville, Pennsylvania.