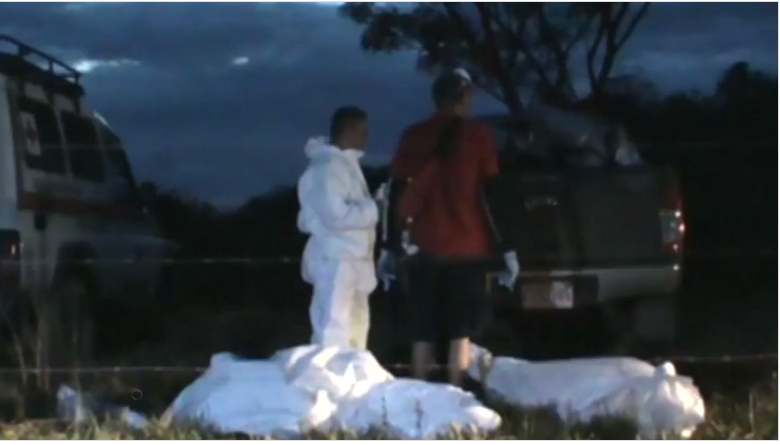 Smoke and fire seen at the site where a plane crashed in the mountainous area of Punta Islita, in the province of Guanacaste, in Costa Rica December 31, 2017 in this picture obtained from social media. Photo: REUTERS/Ministerio de Seguridad Publica de Costa Rica

A family of five from the New York City suburb of Scarsdale was aboard a plane that crashed and exploded minutes after takeoff from a popular beach resort in Costa Rica on Sunday, killing all 12 people aboard, a relative and the family’s rabbi said.

Ten US citizens and two Costa Rican pilots were killed when the Cessna 208B Grand Caravan aircraft crashed into a mountainous area off the beach town of Punta Islita, the Costa Rican government said. The town is in the province of Guanacaste, about 230 km (140 miles) west of the capital of San Jose.

Forensic workers recovered badly burned bodies from the crash site on Sunday and took the remains to San Jose on Monday, where family members and friends of the Costa Rican pilots gathered outside the morgue.

Autopsies were to begin on Tuesday, a local police official told reporters. He would not specify when bodies would be returned to relatives.

“Due to the state they are in, a little more time is required to identify them. We have to wait,” the country’s security minister, Gustavo Mata, told Reuters Monday in a brief telephone interview.

The dead included the Steinberg family, consisting of a couple and their three sons.

“We are in utter shock and disbelief right now,” Tamara Steinberg Jacobsen, sister of the father, Bruce Steinberg, said on Facebook, where she posted pictures of the family and thanked people for their condolences.

Rabbi Jonathan Blake of the Westchester Reform Temple identified the family as Bruce and Irene Steinberg and their sons William, Zachary and Matthew.

“This tragedy hits our community very hard,” Blake said on Facebook, saying the family had belonged to the temple since 2001 and were active in philanthropic organizations.

All 10 passengers were US citizens, the State Department confirmed on Monday.

Costa Rican civil aviation authorities noted Sunday there were strong winds in the area but said officials had not yet determined the cause of the crash. The flight was part of a special charter of two planes. The other took off 20 minutes earlier and arrived safely in San Jose.

Punta Islita, on Costa Rica’s Pacific Coast, is popular among North American and European tourists for its pristine beaches and lush landscape.