New York battled to fend off a second wave of coronavirus infections with new restrictions on bars and restaurants Friday, as Donald Trump said the first Americans would start receiving a vaccine in "a matter of weeks." 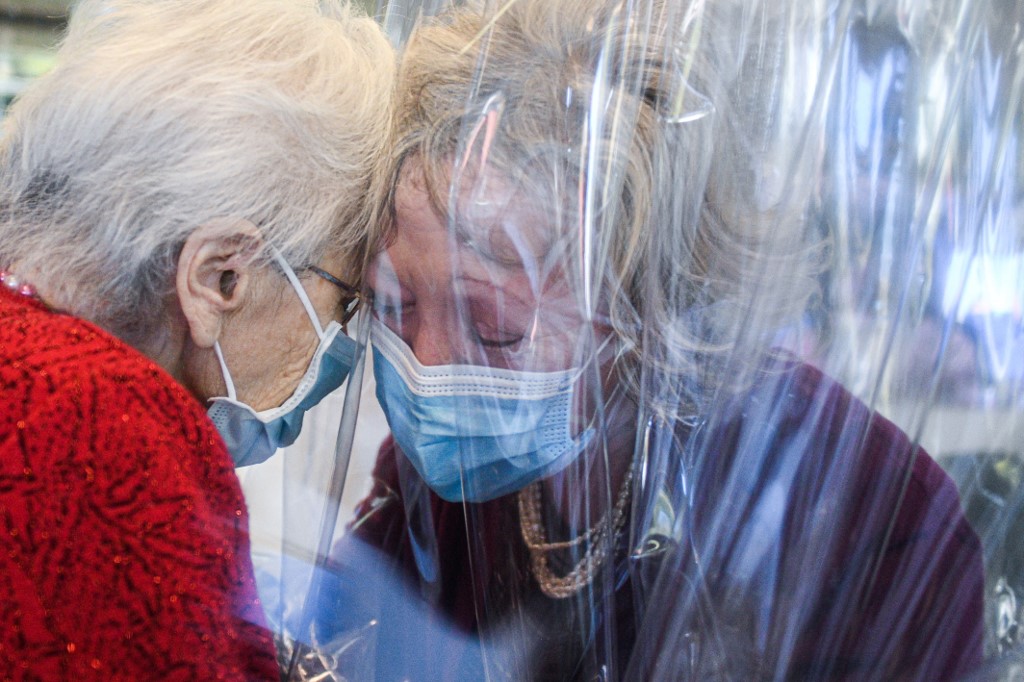 In his first public address since being declared the loser of the November 3 election, the US president touted medical breakthroughs that happened under his watch but said he remained firmly against new lockdowns.

He predicted a Covid-19 vaccine developed by Pfizer and BioNTech, which the companies have said is 90 percent effective in trials so far, would receive emergency approval "extremely soon."

"The vaccine will be distributed to frontline workers, the elderly, and high-risk Americans immediately, it will be a matter of weeks," Trump told reporters at the White House, adding it would be available to the "entire general population" as soon as April.

Cases are surging throughout America and Europe, with governments forced to take more drastic action despite fears about the devastation inflicted on their economies.

The disease has claimed almost 1.3 million lives worldwide and infected close to 53 million people since it first emerged in China in December.

In New York, the epicenter of the US's spring outbreak but which has so far resisted a major resurgence, Governor Andrew Cuomo ordered all establishments licensed to sell alcohol to close at 10 pm.

New York City Mayor Bill de Blasio warned he may follow other major US cities and move schools to online only teaching from as early as Monday because the daily infection rate was approaching three percent after months hovering around one percent.

Rates are even higher in many other cities and parts of the United States and Europe, with areas now recording more new virus cases than they had at the height of the first wave in March.

An AFP tally showed the world's daily death toll from the illness eclipsed 10,000 on Friday.

The United States, the country hardest hit by COVID-19, meanwhile saw 188,858 more cases and 1,596 more deaths on Friday, according to a tally from Johns Hopkins University.

"Thanksgiving will undoubtedly lead to a massive new explosion of cases if people don't take it seriously," said Michael Mina, a Harvard epidemiologist.

But Trump, who has long opposed measures that stall the economy, said his position remained unchanged.

"Whatever happens in the future, who knows which administration it will be, I guess time will tell, but I can tell you, this administration will not go to a lockdown," he told reporters.

In the US, Covid-19 restrictions are determined by state and local authorities, but the president exerts considerable influence over Republican leaders as well as his followers.

Residents and business owners in New York, where almost 34,000 people have been killed by the virus statewide, fear another shutdown is coming.

"It would be devastating from an economic perspective but the goal is to save lives and if we have to do it then we have to do it," said 32-year-old Ioana Simion, assistant manager of an Italian restaurant in Manhattan.

Chicago's mayor has already issued a new stay-at-home advisory from November 16 because hospitals serving the poorest communities in the US's third-biggest city are filling to breaking point.

The virus is also surging in Europe where authorities are maintaining confinement measures reintroduced in recent weeks.

Hospitals are treating more patients in France than during the first peak while Italy has seen the virus affect its less developed south.

Naples was braced Friday for further coronavirus restrictions as hospitals risked becoming overwhelmed by new cases, with medics forced to treat patients in their cars.

Tiny Lithuania claimed the unwanted title of becoming the nation where the pandemic is advancing the fastest with a 79 percent increase in infections over the past week.

The number of cases also surged by 44 percent in Brazil and by 58 percent in Japan.

The latest wave of restrictions come with policymakers worried about how they can persuade people who had only returned to some sort of normal life a few months ago to lose certain freedoms once again.

An Ifop survey in France showed 60 percent of respondents admitting to flouting rules at least once by making up a false excuse to go out or meeting up with family and friends.

But some economists believe the world is slowly learning to work from home and that the hit of new restrictions will not be as severe on many industries this time around.