"We finally got some good news today," said the governor on Twitter. "The Chinese government helped facilitate a donation of 1,000 ventilators that will arrive in JFK (Airport) today."

Both on Twitter and at a press briefing on Saturday morning, Cuomo expressed thanks to Chinese business magnates and Alibaba co-founders Jack Ma and Joe Tsai, Jack Ma Foundation and The Joe and Clara Tsai Foundation. 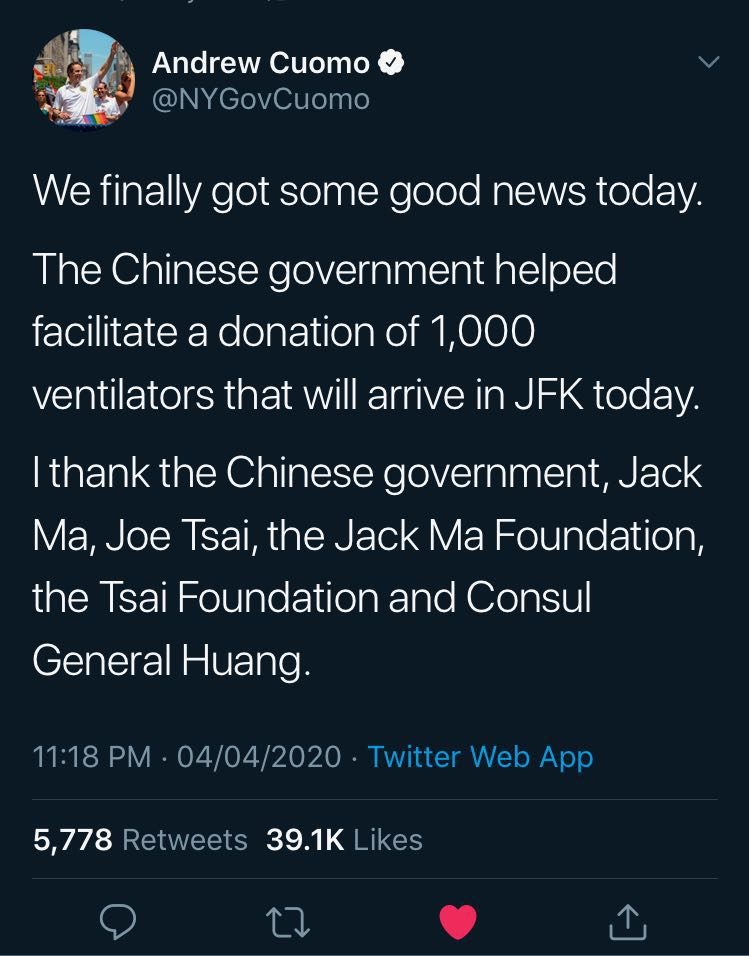 He also thanked Chinese Consul General in New York Huang Ping for "his help in making all of this happen."

"Because this is a big deal, and it's going to make a significant difference for us," said the governor.

The donation is a timely assistance for the state fighting at the U.S. epicenter of the COVID-19 pandemic, which will run out of ventilators in less than a week, according to Cuomo.

The announced shipments come one day after President Donald Trump said he couldn't assure New York that they would get the ventilators they badly need, saying the federal government has more states to worry about. 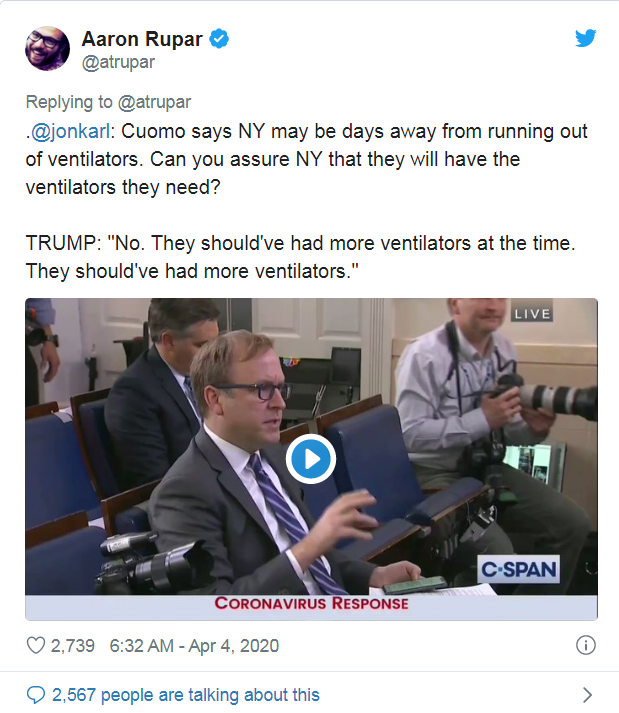 Cuomo, on the other hand, does not think Trump and the federal government are doing enough to help New York as their protective and health care equipment shortage has gotten increasingly dire.

The governor signed an executive order on Friday that allows the state to take ventilators and personal protective equipment (PPE) from institutions that do not currently need them and redistribute them to where they are needed the most.

The state had reported 113,704 COVID-19 cases and 3,565 related fatalities by Saturday morning, said the governor. Both figures topped the charts of confirmed cases and deaths in the United States, which now has over 270,000 confirmed cases.

Cuomo disclosed on Tuesday that his brother, CNN television news anchor Chris Cuomo, had tested positive for COVID-19, saying that coronavirus is "more dangerous" than expected.

New York plans to build eight temporary hospitals to meet an expected surge in coronavirus patients and the state's goal to get to 140,000 hospital bed capacity from the current 53,000 available, Cuomo reiterated.