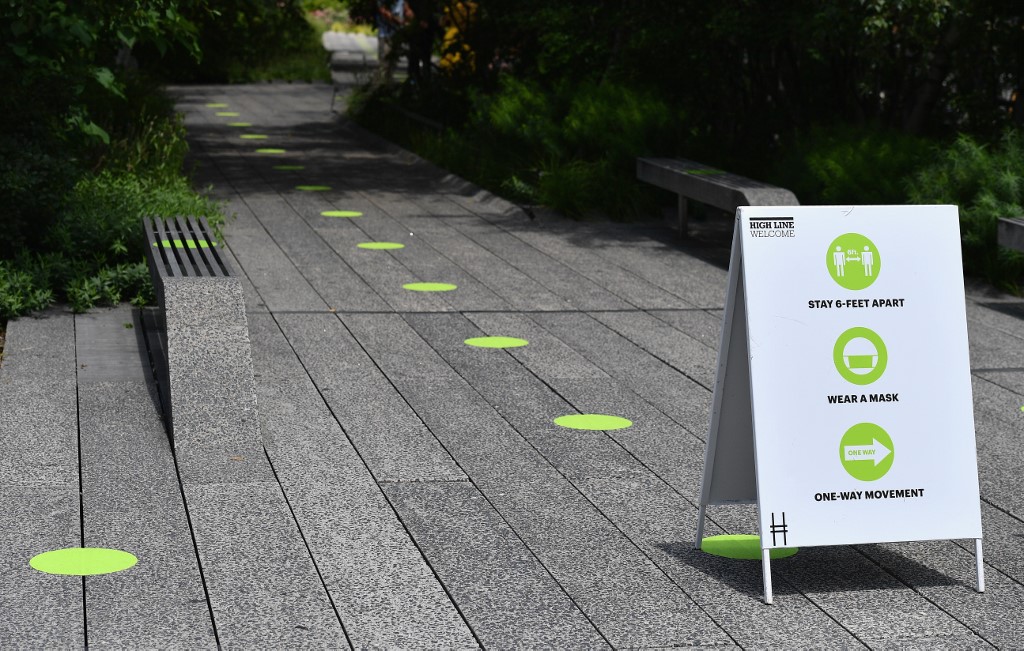 A sign with guidelines for visitors seen on the High Line as it reopens to the public with limited capacity on July 16, 2020 after temporarily closing in March to help limit the spread of COVID-19 in New York City. (Photo: AFP)

The governor made the remarks while commenting on a new report by the Centers for Disease Control and Prevention (CDC), which pointed out that by the time the travel restrictions on Europe were implemented by the federal government, importation and community transmission of COVID-19 had already occurred in New York.

"The President likes to talk about his travel ban that was effective. His own CDC says the travel ban was too late," said Cuomo at a conference call.

The United States restricted travel from Europe on March 13, and by March 15, community transmission was widespread in the city, the report said.

"It was terrible failing on behalf of the federal government because this was their job," he said. "Government failed in this job ... And they still are not following the science."

He said that the "governmental incompetence" is going to hurt New York a second time "when the virus was allowed to increase in other states and then come back to New York."

"It will have been a double-barrel shotgun of federal incompetence," said Cuomo.

The governor noted the United States is fighting a virus even worse than COVID-19, which is "the virus of American division and federal incompetence."

Combating the virus requires people coming together and a competent federal government "which we do not have," he added.