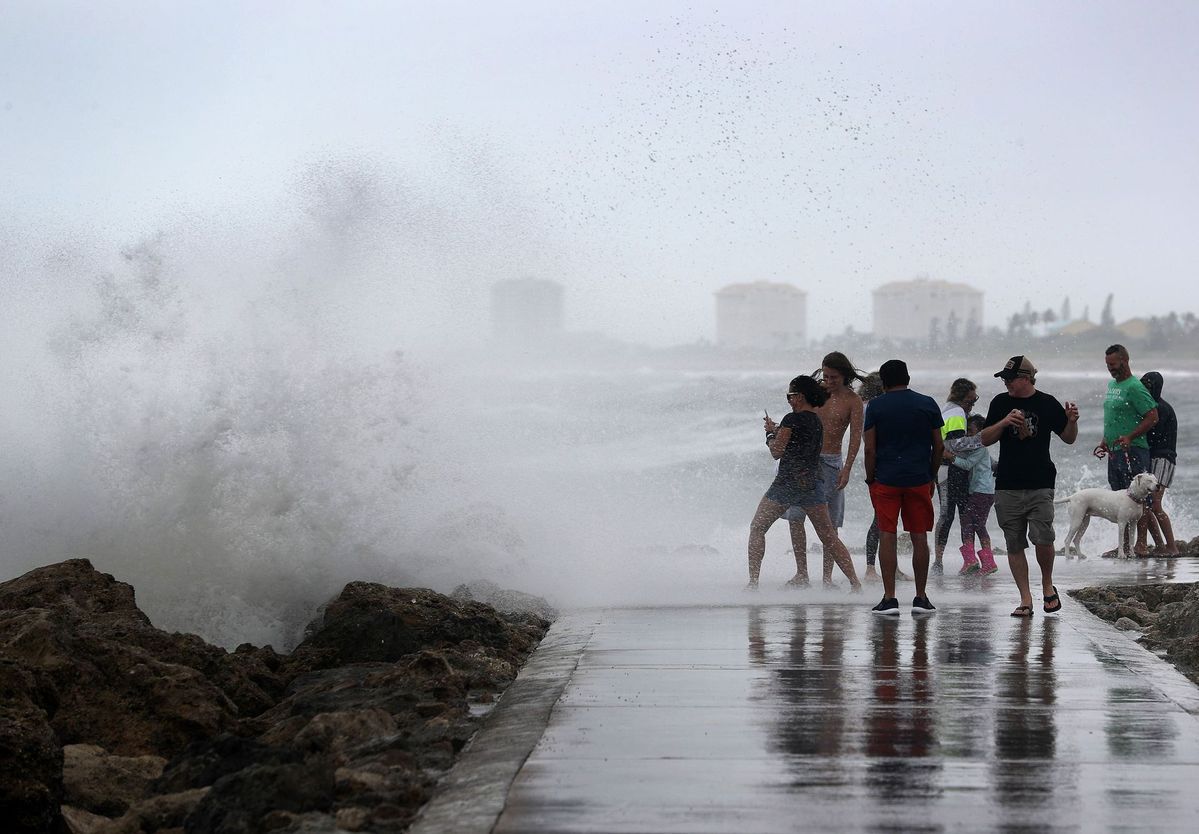 A wave crashes ashore as people enjoy the wind and waves kicked up by Tropical Storm Isaias as it passes through at Jetty Park in Florida, US on Aug 2, 2020. (Photo: Agencies)

NEW YORK - New York State Governor Andrew Cuomo is urging local governments to be prepared for the possible coming of Tropical Storm Isaias from Monday night to Tuesday morning, according to media reports.

Though the governor said Isaias is not expected to be a hurricane when it hits the state, it can still dump 3 inches (about 7.62 cm) of rain and bring 50 mph (80 km/h) winds.

"We're concerned about it here in New York ... We don't think we'll have hurricane force winds, but we could have significant winds and significant downfall," he added.

The governor said New York is preparing vehicles as well as generators that can withstand heavy water.