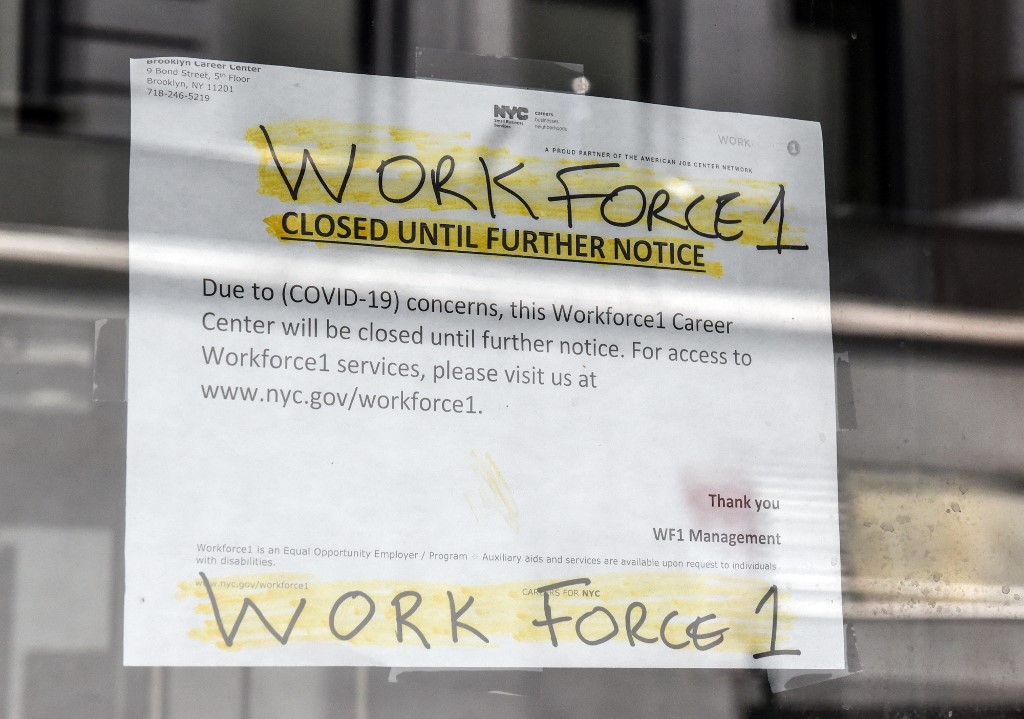 A sign stating that job placement program called Work Force 1 is closed is seen on the door of the New York State unemployment offices on May 7, 2020 in the Brooklyn borough in New York City. (Photo: AFP)

Eligible New York State residents will have an opportunity to get additional unemployment benefits for up to 20 weeks, the mayor said at his daily briefing.

"While our federal government isn't acting, I want to give credit to New York State," the mayor said.

Currently,Republicans and Democrats remain far apart on the next COVID-19 relief bill. Senate Republicans have proposed slashing the federal unemployment benefit to 200 dollars through September, while Democrats want to maintain the current level of benefits through January.