WASHINGTON, Aug. 25 (Xinhua) -- EcoHealth Alliance, a small non-profit research institute in New York City, has recently found that a multimillion-dollar grant by the U.S. National Institute of Health (NIH) cannot be used unless the institute meets "absurd" and "politically motivated" demands of the NIH. 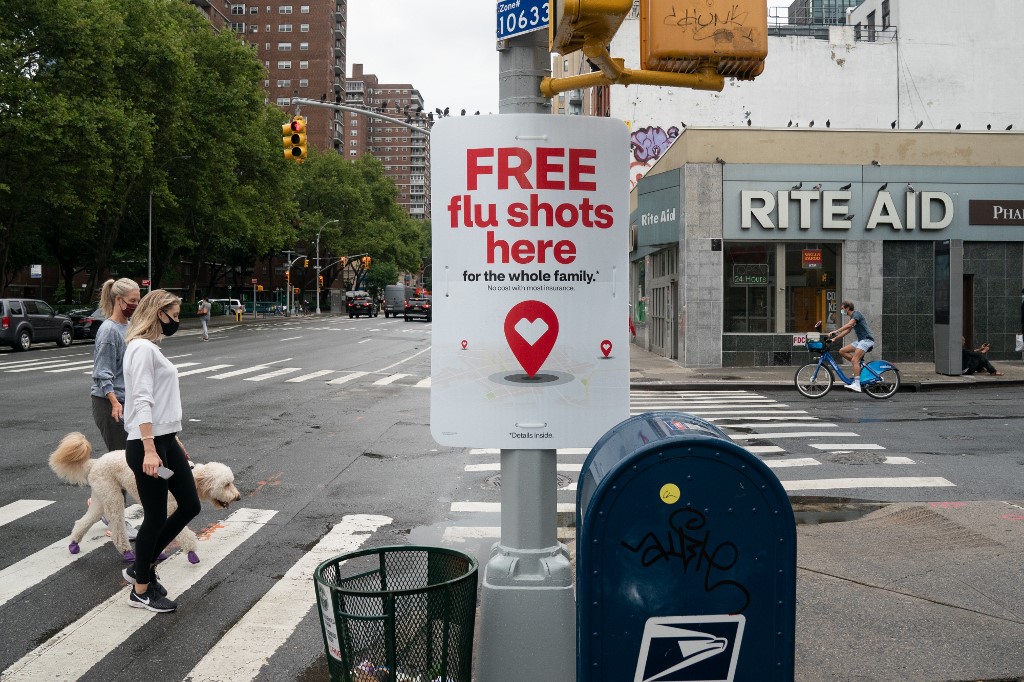 People walk past a free flu shot advertisement outside of a drugstore on August 19, 2020 in New York. (Photo: AFP)

The grant is allocated to study how coronaviruses move from bats to people, for which EcoHealth cooperates with China's Wuhan Institute of Virology (WIV), according to a recent article published on Nature magazine.

Early in April, the fund was cancelled by the NIH, the primary medical and public health research center of the U.S. government, after U.S. President Donald Trump told a reporter that the United States would stop funding work at the WIV.

The NIH made seven demands of EcoHealth, among which it asks EcoHealth to "obtain a vial of the SARS-CoV-2 sample" used by the WIV to determine the virus' genetic sequence, and to arrange an inspection of the WIV by U.S. federal officials, Nature said.

Scientific research shows that the SARS-CoV-2 coronavirus, most likely originated in bats, has the potential to trigger future pandemics.

Peter Daszak, president of EcoHealth, called the demands "heinous" and "absurd" because it's beyond the reach of the work they do.

"The grant isn't used to fund work on SARS-CoV-2. Our organization has not actually published any data on SARS-CoV-2. We work on bat coronaviruses that are out there in the wild and try to predict what the next one is. We don't work on sequencing SARS-CoV-2," Daszak told Nature.

"We're not a political organization," he noted. "We're feeling the pressure of a very aggressive administration in the U.S. picking fights with a country where we happen to be collaborating."