NEW YORK, Oct. 21 (Xinhua) - New York state on Wednesday further clarified its strategy to fight the COVID-19 pandemic, targeting the micro-cluster areas with precision while having the surrounding areas as a cushion against the impact of the virus. 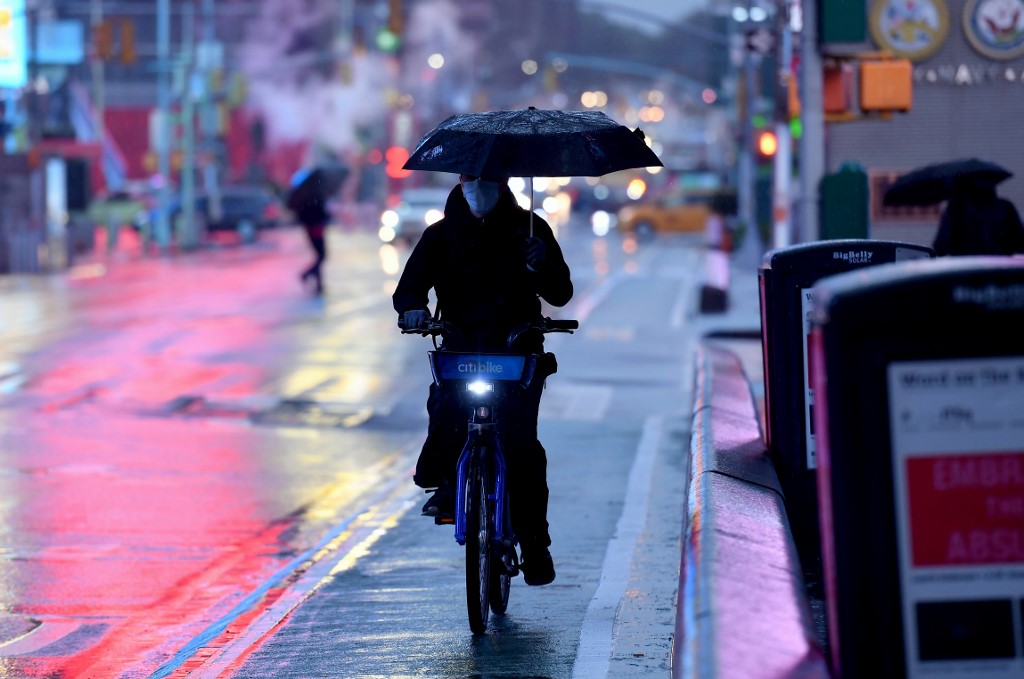 People with an umbrella walk through the rain at Time Square on October 12, 2020 in New York City. (Photo: AFP)

"Cluster zone" focus areas are designated based on geographic case prevalence and restrictions are implemented accordingly based on the severity of spread, said a release issued by the state government.

Buffer zones with fewer restrictions are implemented in the areas outside the most impacted areas to help prevent further spread, it said.

After 14 days, data will be reviewed to determine whether a focus area has successfully reduced viral spread to the level where restrictions can be eased, it added.

"What's the best you can do? Detect the smallest outbreak as soon as it happens. Trace it back to where it starts, find a small outbreak or cluster, and jump on it. Quick action to contain it and eliminate it. That is the best you can do in this situation," Governor Andrew Cuomo was quoted as saying.

The state reported major rises in COVID-19 test positivity rates for Tuesday, with the rate in the "Red Zone" focus areas rising to 6.61 percent, compared with 2.91 percent one day earlier.

As of Wednesday afternoon, the Center for Systems Science and Engineering at Johns Hopkins University reported 33,371 coronavirus deaths in New York state over the past seven months, the worst among all the states of the country.