New York State's total COVID-19 hospitalizations are up 128 percent in three weeks, from 1,253 earlier this month to 2,856, and "serious caution" is called for over this Thanksgiving, Governor Andrew Cuomo told his press briefing on Tuesday. 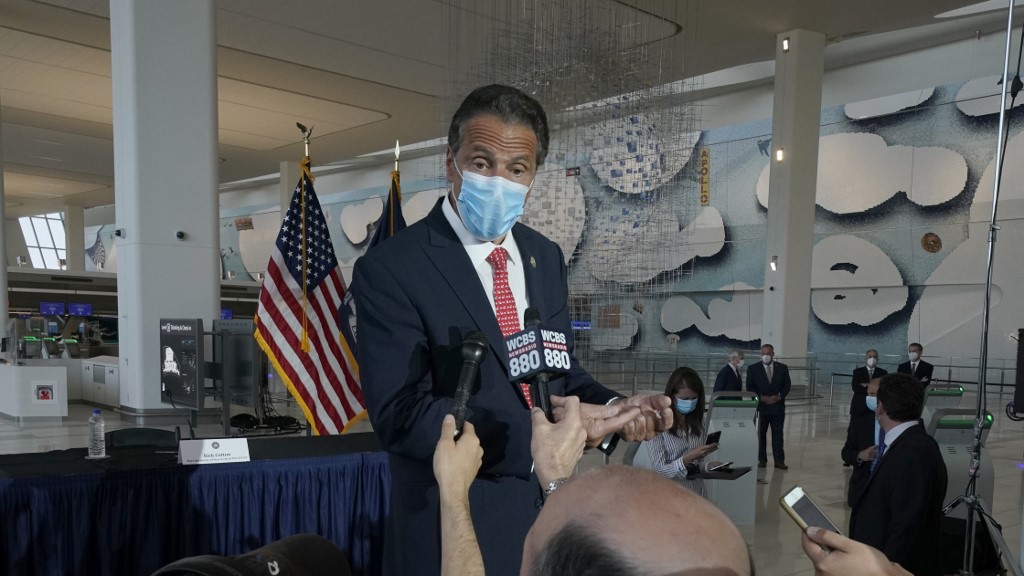 "By the current rate of increase in COVID, we're gonna see a major spike," said Cuomo, noting that the 30-day-strong holiday season is already in sight, where people used to get together and celebrate, a main force fueling the spread of the coronavirus.

"This holiday season, we have to be smarter and different than we've handled past holiday seasons, because it's not a normal holiday season," he said, adding that the state allows for celebrations with no more than 10 people, and urges people to wear masks.

Also on Tuesday, the governor tweeted that the COVID-19 test positivity rate in the focus areas under New York State's micro-cluster strategy, where the outbreaks are targeted for its severity and potential of spread, was 4.13 percent on Monday.

The statewide positivity rate excluding these focus areas was 2.62 percent; of the 164,761 tests reported to the government, 4,881 were positive, or 2.96 percent of the total; the total hospitalizations were at 2,856 on Monday, he added.

As of Tuesday afternoon, the Center for Systems Science and Engineering at Johns Hopkins University reported 34,341 coronavirus deaths so far in New York State, the worst in the country.