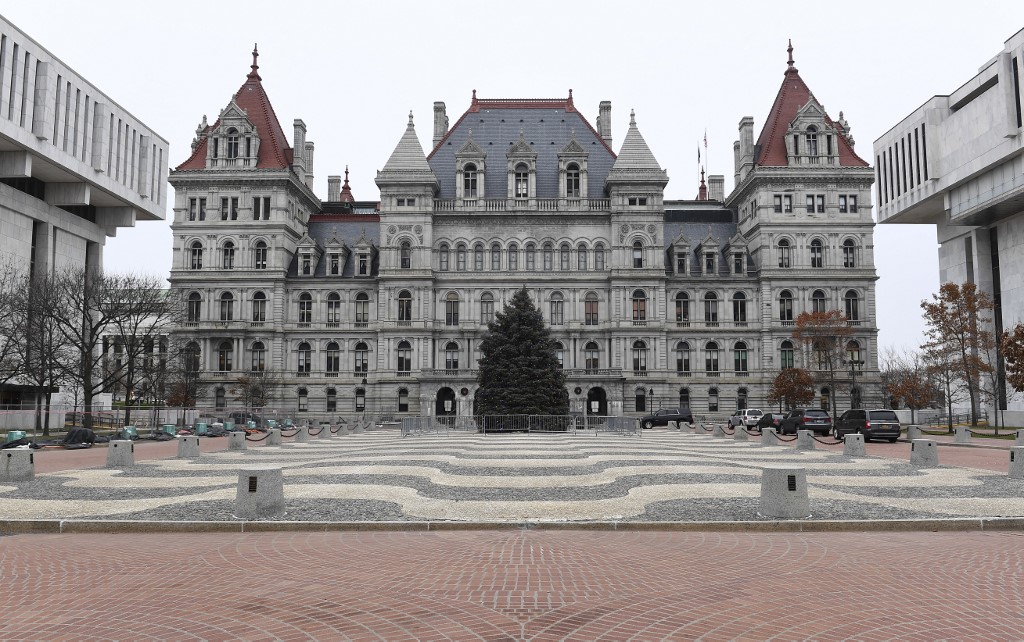 Exterior view of the New York state Capitol where members of New York state's Electoral College will vote for President and Vice President in the Assembly Chamber is seen in Albany, New York on December 14, 2020. (Photo: AFP)

New York's state assembly on Monday passed tough laws to protect renters from eviction during the coronavirus pandemic, as rising unemployment and a weakened US economy make it difficult for many tenants to make rent.

The new laws, passed in a special session of the state legislature, came just days before existing bans on evictions were due to expire at the end of the year.

The latest measures bar most landlords from evicting tenants who are unable to pay their rent for at least another 60 days, the New York Times reported.

They will also protect many small landlords from the risk of foreclosure due to lost rental income.

"We want to make sure that homeowners are protected, that it doesn't affect their credit rating, there's no mortgage foreclosure," the state governor Chris Cuomo said before the vote.

The New York Times described the measures as "one of the most comprehensive anti-eviction laws in the nation."

It halts proceedings on existing evictions already in the courts for the next 60 days and stops any new proceedings until at least May 1.

"We want to get to May 1 and we'll see what happens by May but we want to protect tenants," said Cuomo, the Democratic governor.