NEW YORK, April 22 (Xinhua) -- The U.S. state of New York will launch a contact tracing program to find out potential COVID-19 patients and to prevent a future surge of infections, said Governor Andrew Cuomo on Wednesday. 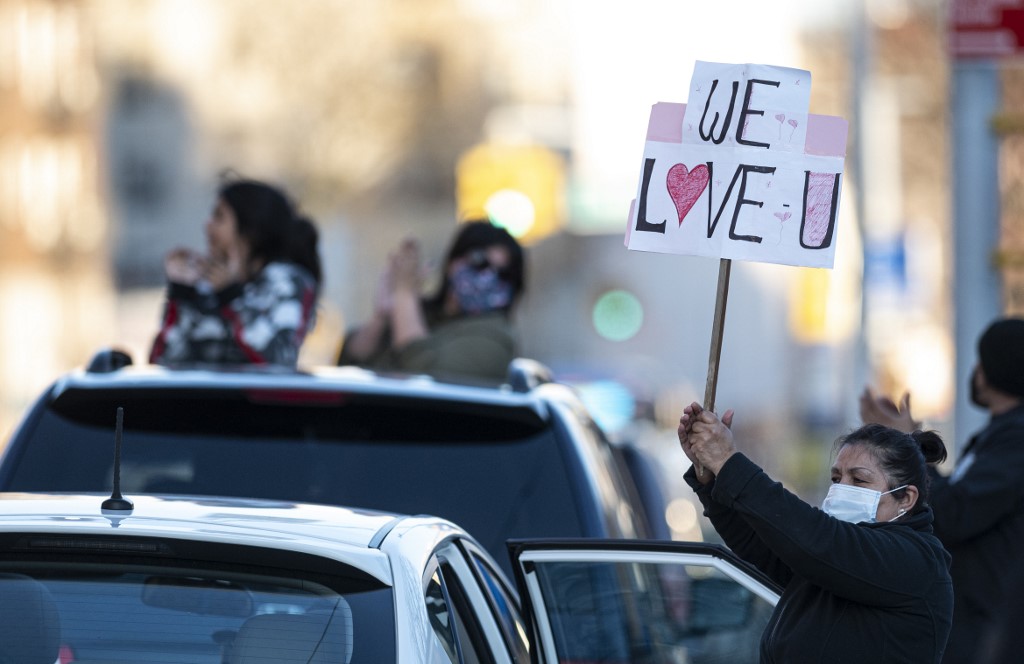 People applaud in front of the Elmhurst Hospital to show gratitude to medical staff on April 22, 2020 in the Queens borough of New York City. (Photo: AFP)

The state will join hands with former New York City Mayor Michael Bloomberg in implementing the program, which will be executed in coordination with neighboring states of New Jersey and Connecticut, Cuomo said at his daily briefing.

Bloomberg Philanthropies is committing 10.5 million U.S. dollars and technical assistance, and the Johns Hopkins Bloomberg School of Public Health will establish a training program for contact tracers, the governor noted.

Around 35,000 medical students from across the state, Department of Health staff, and investigators from various state agencies will be mobilized to conduct the tracing, as the "massive undertaking" needs "an army of people," Cuomo said.

Cuomo said that large-scale contact tracing is critical to safely reopen the state while preserving the public health, and it has been proven effective in lowering deaths and infection rate in many countries amidst the COVID-19 outbreak.

"We're all eager to begin loosening restrictions on our daily lives and our economy. But in order to do that as safely as possible, we first have to put in place systems to identify people who may have been exposed to the virus and support them as they isolate," said Bloomberg, who is also the founder of Bloomberg Philanthropies and Bloomberg L.P.

Coupled with more testing, the contact tracing effort "will help us drive the virus into a corner -- saving lives and allowing more people to begin getting back to work," he added.

As of Wednesday evening, New York state has reported over 263,000 COVID-19 cases and more than 19,000 deaths. In New York City alone, over 15,000 people have succumbed to the disease, according to a tally kept by Johns Hopkins University.