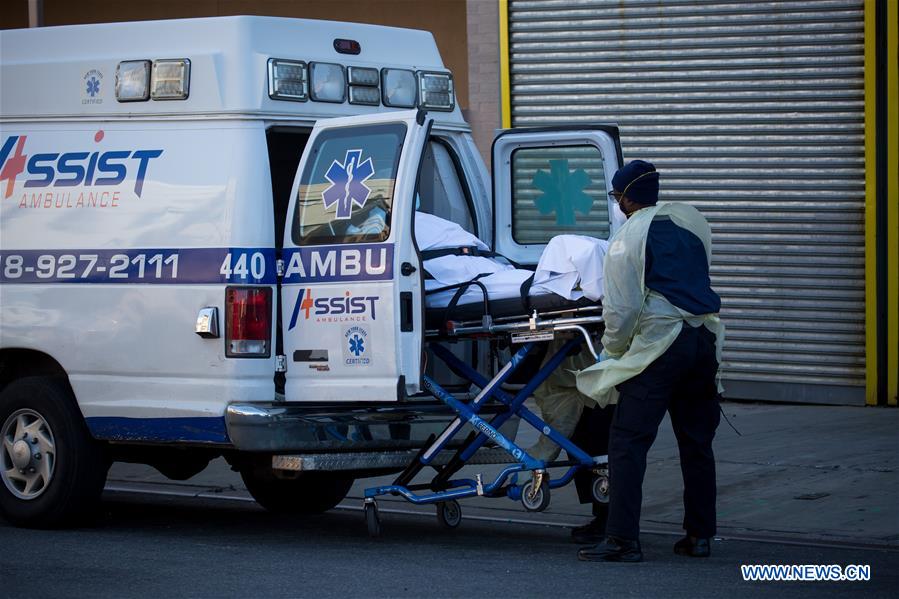 NEW YORK, April 13 (Xinhua) -- Governor of the U.S. state of New York Andrew Cuomo said statewide deaths from COVID-19 rose to 10,056 on Monday, adding "the worst is over if we continue to be smart" in coping with the novel coronavirus.

Cuomo said at his daily briefing that a total of 671 people passed away on Sunday due to the disease, a number much lower than in the past few days.

Meanwhile, indicators including the rates of ICU admissions and intubations have gone down and the three-day-average rate of hospitalization basically reached a plateau, according to the governor.

"We are controlling the spread," said Cuomo. "I believe the worst is over if we continue to be smart. I believe we can start on the path to normalcy," he said.

He said he would be joined by several other governors of neighboring states later on Monday to discuss how to reopening the economy in a coordinated way.

On Twitter, the governor said that any plan to reopen society must be driven by data and experts, not opinion and politics.

He said the objective is to ease isolation and increase economic activity without increasing the infection rate.

"We will learn from the warning signs from other countries. We will take every precaution. We will work together as a region," he added.