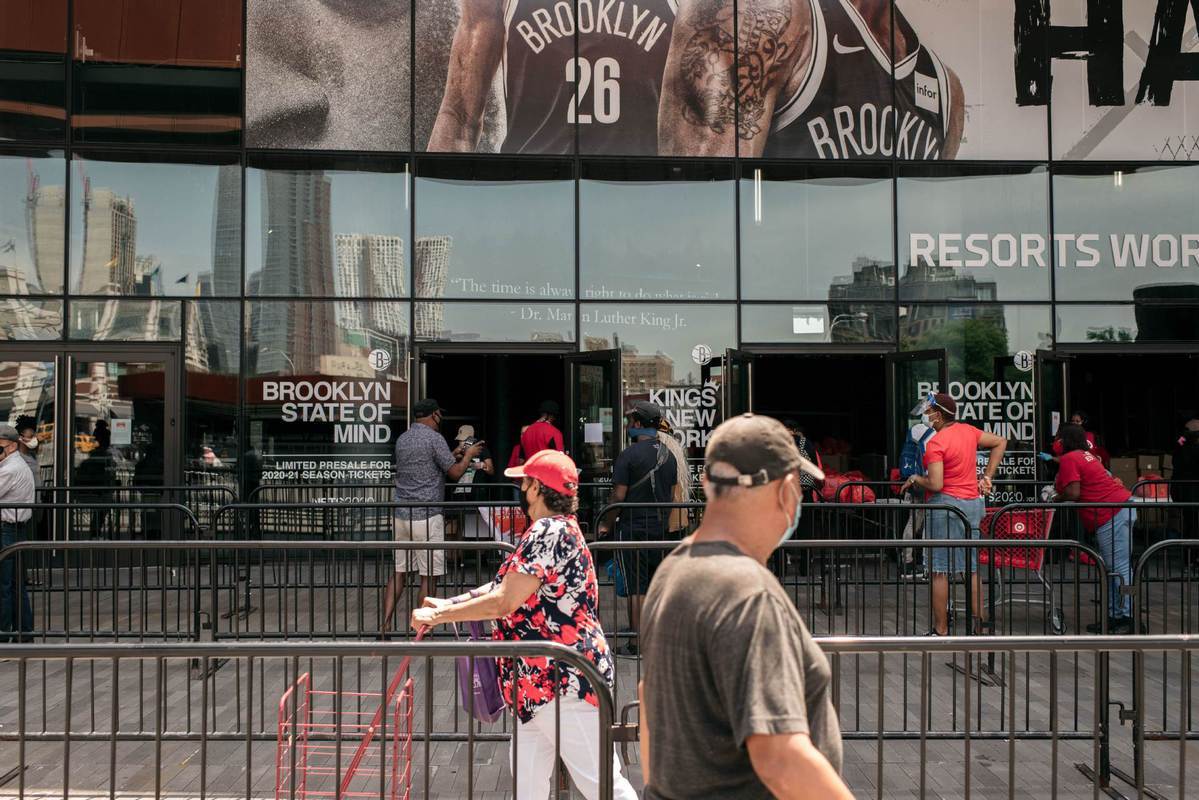 Postal records show that around 300,000 people moved out of New York City since March, but most didn't go very far.

City residents filed 295,103 change-of-address requests from March 1 through Oct 31, according to data from the US Postal Service obtained by the New York Post under a Freedom of Information Act request.

Of the top 20 ZIP codes where people filed the most requests, 18 are in Manhattan and two in Brooklyn.

Any address change could represent an entire household, which likely means many more than 300,000 New Yorkers left the five boroughs, the Post estimated.

While politicians in New York have repeatedly pointed to the COVID-19 pandemic as the main reason for the exodus, those who leave are setting up in areas that also have plenty of pandemic.

The postal data show that many New Yorkers moved to Long Island, Westchester or New Jersey. The Post Office received 21,362 change requests to Suffolk County and 18,731 to Nassau County on Long Island, and 15,850 to Westchester County. A total of 9,356 forwarded their mail to Hudson County, New Jersey, just across the river.

The Hamptons, where many city families have second homes, got 6,500 requests to six East End ZIP codes.

Nearby Hoboken and Jersey City got plenty of postcards, as did the fancy suburbs of Scarsdale in Westchester County and Greenwich, Connecticut. Other affluent destinations on the list were Great Neck, Long Island; Water Mill, New York; Princeton, New Jersey; and Darien and New Canaan in Connecticut.

Farther out from the city, where the air is fresher, Woodstock, New York, showed up on the list. The town and surrounding area were the setting for the famous Woodstock rock music festival in the summer of 1969.

Some New Yorkers did seek warmer climes — 8,587 asked for their mail to go to Los Angeles, and 421 to Honolulu. There also were 13,009 requests for Palm Beach, Broward and Miami-Dade counties in Florida.

What the data appear to suggest is that those with the means to leave, do. But most of them are not going very far, poised on the periphery of the great metropolis for the day when they can roar back into the city to make business deals at fancy restaurants, shop in boutiques or just relish the cachet of being "in the city".

If I were to look at this situation anecdotally, I would conclude that the long list of minuses reached a tipping point. If you can't have most of the things that make New York, New York, then what is the point? It seems that even some of the most diehard New Yorkers regretfully reached that conclusion.

The neighborhood that had the most people decamp is the Upper West Side of Manhattan. Three ZIP codes in that area had 9,076 mail forwarding requests, the most in the city.

There also has been a rise in violent crime. Through Nov 8, there have been 399 murders in the city, a 38 percent increase over 2019, according to the NYPD's CompStat.

"I think people are afraid," Michael Hendrix, director of state and local policy at the Manhattan Institute, told the Post. "They're afraid of catching a deadly virus and they're afraid of crime and other quality-of-life concerns."

New York has always had crime, although it had been at historically low levels for almost three decades until this year. Crime in and of itself would not be enough to send most New Yorkers packing, as long as the city remained economically viable.

"More than half a million city residents who were employed in the retail, restaurant, services sectors have lost their jobs and cannot afford city rents," Kathryn Wylde, head of the Partnership for New York City, told the Post. "The late decision on reopening public and private schools forced many families to relocate so they could make enrollment deadlines in districts where they were living during the pandemic."

Another major factor in the loss of vibrancy is the largely vacant office buildings, with most of their workers who had commuted to New York still ensconced in home offices.

But I think it's more than just the big-picture issues.

To not be able to take a stroll for a pint at the corner pub or meander aimlessly on a chilly afternoon at The Met museum (yes, it is open — but at 25 percent capacity) is debilitating to the civic psyche. Last week, the state added a 10 pm restaurant and bar closing time, an hour when things usually started to heat up in the city for many.

Tourism and special events, that's a whole other story. Starting with the cancellation in March of the St. Patrick's Day Parade, which had unfolded on Fifth Avenue since before the Declaration of Independence, continuing through a largely spectator-free Thanksgiving Day Parade and long-shuttered Broadway theaters, the signature draws of city lore were largely dormant in 2020.

NYC & Company, the city's official tourism marketing agency, sounded the alarm on Monday about a drastic drop in tourism.

NYC & Company said "the conservative outlook takes us to 2024 to top the 2019 benchmark. It is worth noting that international travel after September 11, 2001, took fully four years to recover."

But with two promising vaccines in the works, maybe those hovering in the close-in suburbs along with lovers of Gotham City the world over will rush back in if The City That Never Sleeps awakens from its long slumber.