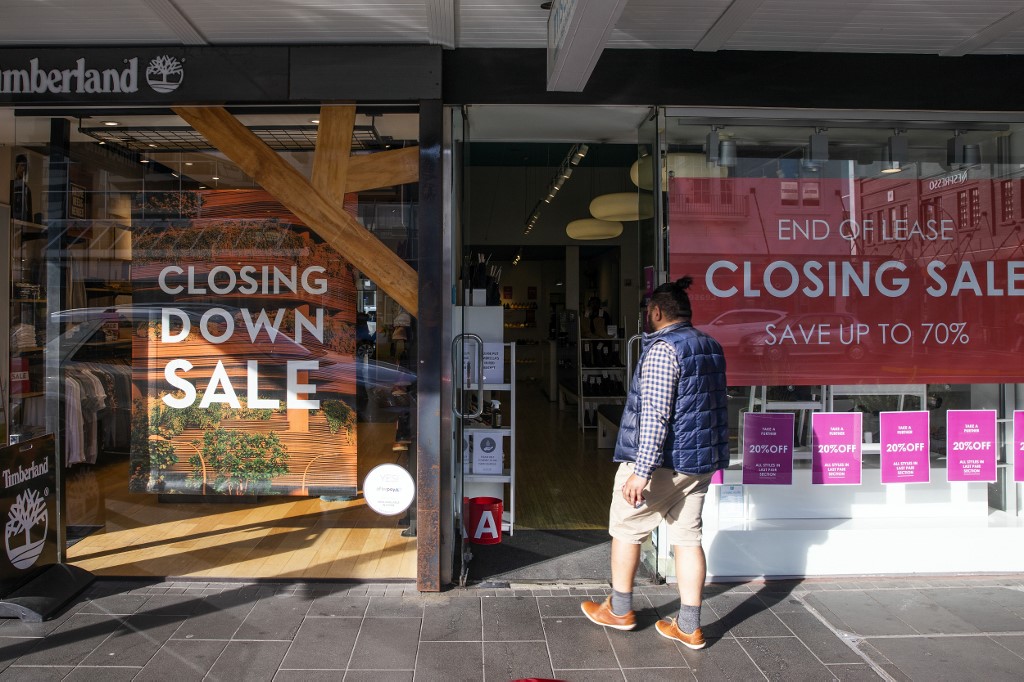 A shopper makes his way into a store offering a closing down sale in Auckland on June 19, 2020. (Photo: AFP)

After receiving global praise for its success containing the virus, Prime Minister Jacinda Ardern said four cases had been detected in a single family in Auckland from an unknown source.

"After 102 days, we have our first cases of COVID-19 outside of managed isolation or quarantine facilities... we have all worked incredibly hard to prevent this scenario," she told the country in a televised address.

"We have also planned and prepared for it."

Until Tuesday, the World Health Organization had hailed the country as an example to others for having "successfully eliminated community transmission".

New Zealand reported just 22 deaths in a population of five million and had not recorded community transmission since May 1.

As a result, New Zealanders had been enjoying a near-normal lifestyle with no social distancing and spectators allowed at sports and cultural events.

But health authorities had repeatedly warned people not to be complacent and said a second wave of infections was "inevitable".

Auckland will be locked down for at least three days from Wednesday and some social distancing restrictions will be reintroduced in the rest of the country.