New Zealand Prime Minister Jacinda Ardern announced Thursday an immediate ban on the sale of assault rifles and semi-automatics in response to the Christchurch terror attack that killed 50 people. 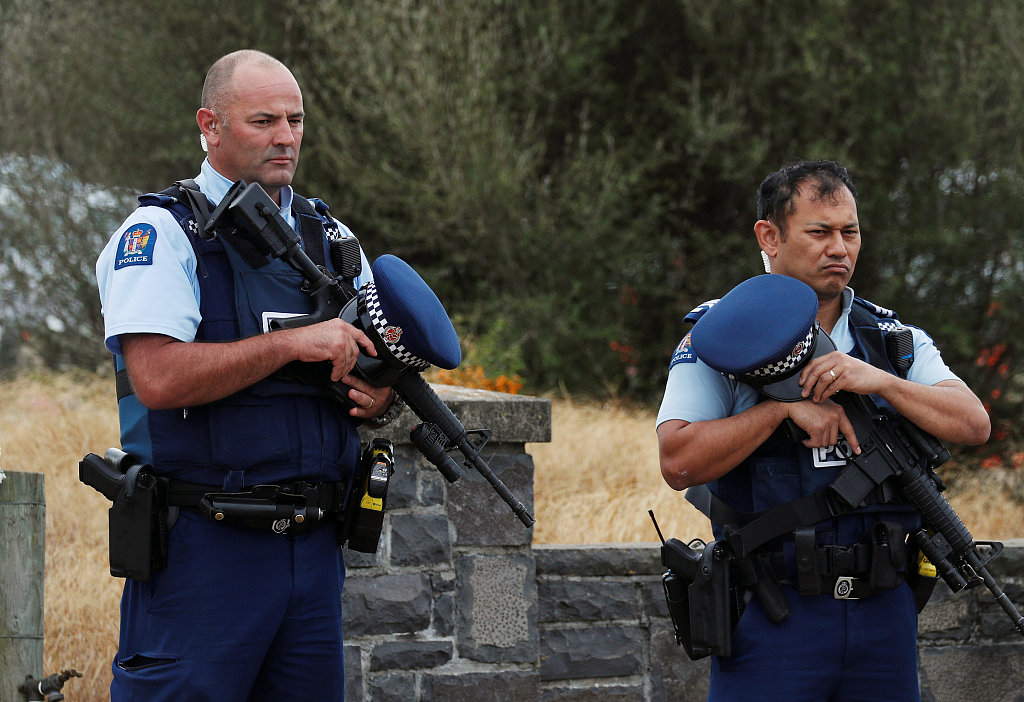 Policemen take off their caps as a hearse carrying a victim of the mosque attacks drives past during a burial ceremony at the Memorial Park Cemetery in Christchurch, New Zealand March 21, 2019. (Photo: VCG)

"I am announcing that New Zealand will ban all military-style semi-automatic weapons. We will also ban all assault rifles," Ardern said, while announcing interim measures that will stop a rush of purchases before legislation on the measures takes effect.

She added that high capacity magazines and devices similar to bump stocks -- which make rifles fire faster -- will also be banned. "In short, every semi-automatic weapon used in the terrorist attack on Friday will be banned in this country," she said.