WELLINGTON, Dec. 20 (Xinhua) -- New Zealand Minister of Police Stuart Nash says the buyback and amnesty for prohibited and unlawful firearms will end at midnight of Friday. 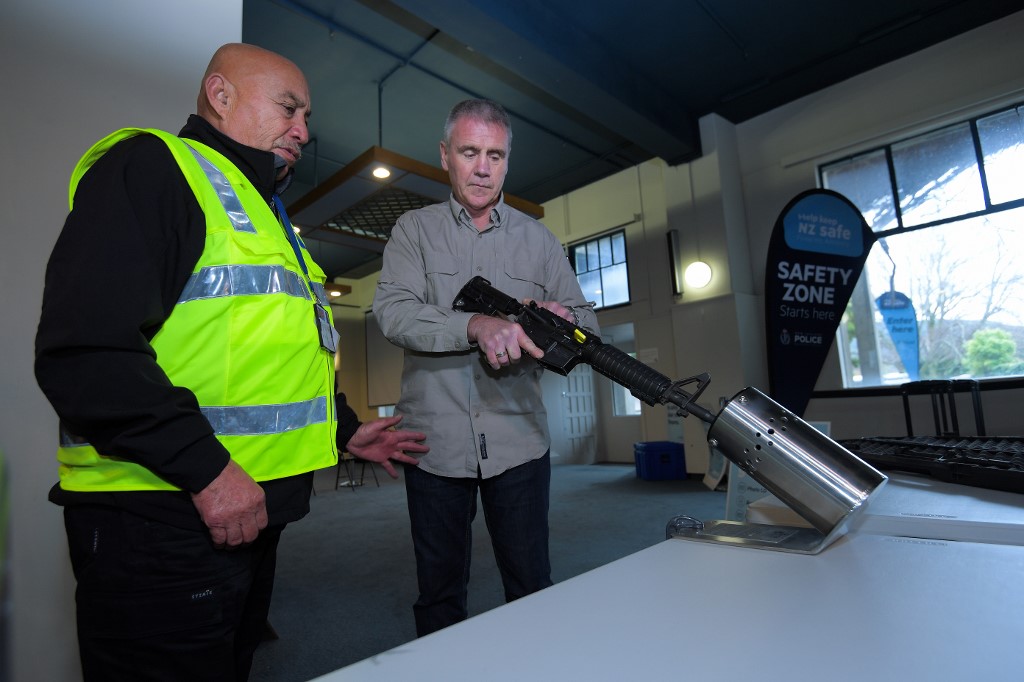 This file photo taken on July 4, 2019 shows New Zealand police officers handling a firearm example at a press preview ahead of a gun buyback scheme at the Trentham racecourse in Upper Hutt, near Wellington. (Photo by AFP)

According to Nash, more than 56,346 prohibited and unlawful firearms have so far been removed from circulation, through the buyback and amnesty, as well as through modifications by approved gunsmiths at government expense.

"Around 31,650 people have now taken part. They deserve credit and acknowledgement. Their response has been excellent and reinforces what we said from the beginning: the vast majority of firearms owners are law abiding people."

Nash also warns that from Saturday, gun owners will not be paid for their prohibited firearms. The special "no questions asked" amnesty also ends on Friday night. People who still hold unlawful firearms are potentially facing risk of prosecution and up to five years in jail, as well as the loss of their gun license.

The authority however just does not know exactly how many guns are out in the community. It is said the number of firearms bought back by the authority is still less than 20 percent of the total in circulation.

The New Zealand government amended gun laws in April to ban the semi-auto firearms and started to buyback these guns from July, after the deadly Christchurch terror attack left 51 people dead in March.