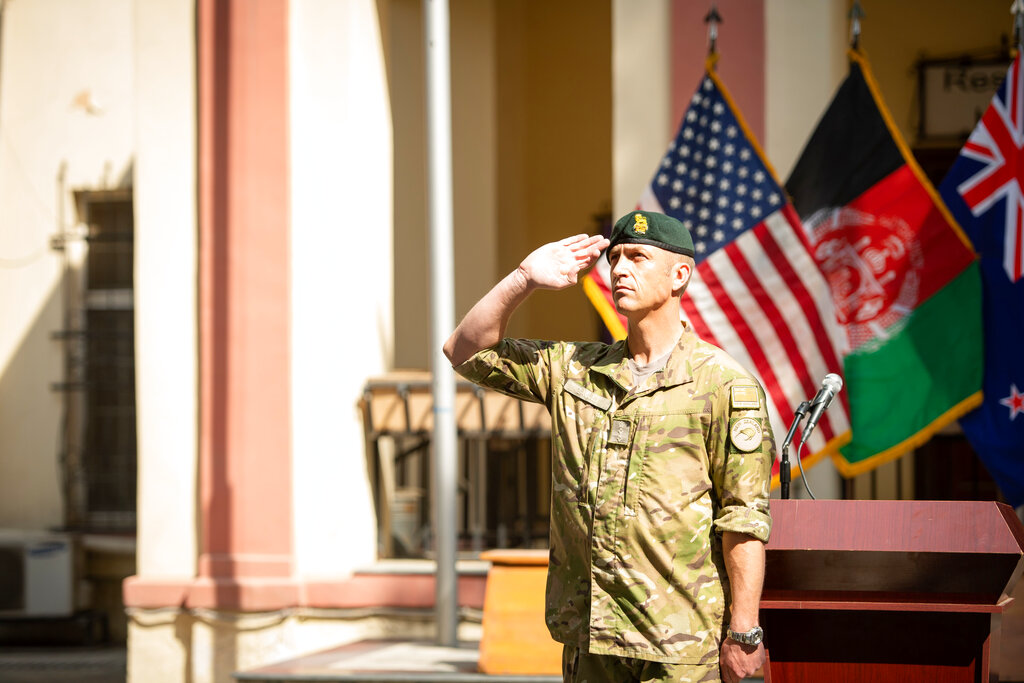 In this photo provided by New Zealand Defence Force (NZDF), Col. Ben Bagley, the senior national officer for the final NZDF contingent in Afghanistan, salutes as a New Zealand flag is lowered at the NATO-led Resolute Support Mission Headquarters in Kabul, Afghanistan, in the middle of March 2021, marking the end of the NZDF's mission. (Photo: AP)

Prime Minister Jacinda Ardern told a briefing on Friday that no NZDF personnel were in Kabul at the time of the explosions which occurred at the airport as they had all safely departed on the final flight.

NZDF have confirmed that no New Zealand evacuees were left within the Kabul airport.

So far, 276 New Zealand nationals and permanent residents, their families, and other visa holders have been evacuated from Kabul destined for New Zealand. Of these, 228 have already departed the United Arab Emirates for New Zealand, Ardern said, adding a further group of 100 people, including New Zealanders and Australians, were taken out on NZDF's last flight out of Kabul.

Over the course of the mission, the NZDF aircraft was able to undertake three flights out of Kabul and had brought out hundreds of evacuees who are destined for both New Zealand and Australia, said Defense Minister Peeni Henare, adding Australia also brought out a number of those destined for New Zealand.

It has not yet been confirmed as to when deployed NZDF personnel and the C-130 aircraft will arrive back in New Zealand.