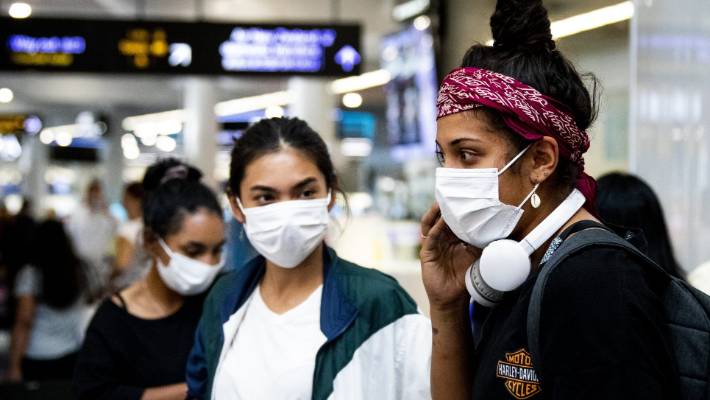 WELLINGTON, April 9 (Xinhua) -- New Zealand reported 23 new confirmed and six new probable cases of COVID-19 on Thursday, bringing the total number of confirmed and probable infections to 1,239 in the country.

One person has died from COVID-19 so far, and 317 people have recovered, Director-General of Health Ashley Bloomfield from the Ministry of Health told a press conference.

There are 12 significant clusters across the country. Community transmission accounts for 2 percent of the cases, Bloomfield said, adding 14 people are in hospitals across New Zealand.

New Zealand entered a four-week lockdown, or epidemic response Alert Level 4, from midnight March 25. The government's wage subsidy scheme has helped more than 1 million Kiwis keep their jobs, according to the government.

Bloomfield said the cabinet will decide on the next steps on April 20, two days before the month-long lockdown ends.

The State of National Emergency to support the COVID-19 response will be extended a second time, for a further seven days.

A State of National Emergency provides the people managing the response in an emergency access to powers they would not normally have, but might require now to implement and enforce these measures, according to Minister of Civil Defense Peeni Henare.

Health Minister David Clark said a range of support is being rolled out across New Zealand to help people look after their mental health during COVID-19.