WELLINGTON, May 24 (Xinhua) -- New Zealand is focusing on defending and advancing New Zealand's interests in open and rules-based trade in the Asia-Pacific and worldwide, Minister for Trade and Export Growth David Parker said here on Friday. 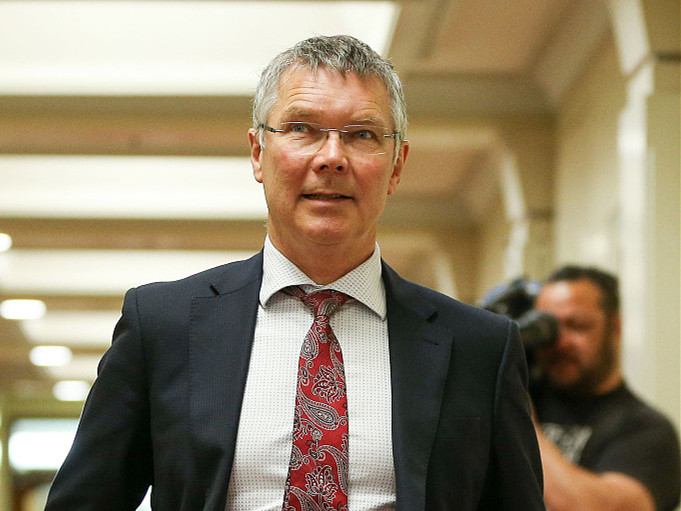 "These are obviously difficult times for world trade. From the global perspective there were mixed results at the two main meetings I attended," said Parker after wrapping up a series of meetings in Chile and Paris.

"This underscored for me the good sense of New Zealand's multi-pronged approach to trade in these turbulent times," Parker said.

At the Organization for Economic Cooperation and Development's (OECD) annual ministers meeting, differences on trade and climate change, in particular, meant no single consensus statement on those issues was possible, he said.

However, on a more positive note, in the earlier meeting of the Asia Pacific Economic Cooperation (APEC) in Chile's Vina del Mar, trade ministers did reach consensus on a statement on the multilateral trading system, the first time a consensus statement has been issued by the grouping since 2015, Parker noted.

"That was a significant achievement," the minister said, adding APEC ministers called for the acceleration of practical and concrete areas of work in APEC to advance support for the World Trade Organization (WTO).

At a time when trade tensions are high and the multilateral system is under significant pressure, APEC economies have underscored the importance of transparent and non-discriminatory rules for trade and the critical role of the WTO in sustaining them, he said.

"This is important for New Zealand businesses because it helps underpin a stable and predictable environment for trade, which is key to continuing growth and job creation across the region," he added.

Parker will hold talks on the New Zealand-Europe Union trade deal in Paris and Brussels on Friday and arrive back in New Zealand on Sunday.