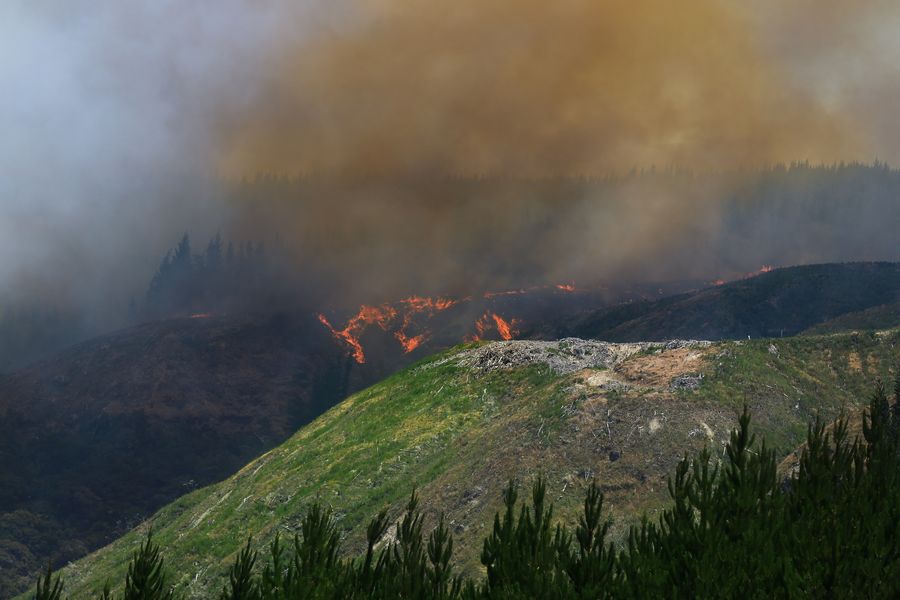 WELLINGTON, Jan. 8 (Xinhua) -- The firefighters are working on Wednesday to contain a large forest fire which started on Monday and stretched to 350 hectares near New Zealand's Napier.

Firefighters have faced strong westerly winds during the past few days, making it difficult to battle. With 55 ground and forestry crews working on containing the fire, helicopters remained on standby on Wednesday.

The size of the fire has not increased since Tuesday, according to Fire and Emergency New Zealand, adding that the fire was unlikely to grow due to the favourable weather on Wednesday.

There would still be smoke coming from the fire as skid sites in the forest burn over the next few days, said the organization.

Firefighters are expected to remain at the site until at least the end of the week.

In October 2019, a big fire burned down the roof of the SkyCity Convention Centre construction site in Auckland.

Neighbouring Australia is experiencing its largest forest fires in history, which has already caused at least 25 deaths.

New Zealand has sent both civil firefighters and Defence Force airplanes and army personnel to support Australia in its efforts in fighting the devastating fires.